Geographically, Europe is bordered to the north by the Arctic Glacial Ocean, to the east with the Ural Mountains, to the south with the Caspian and Black Seas and the Caucasus Mountains (natural boundaries between Europe and Asia), and with the Mediterranean Sea. See the following location map of Europe. 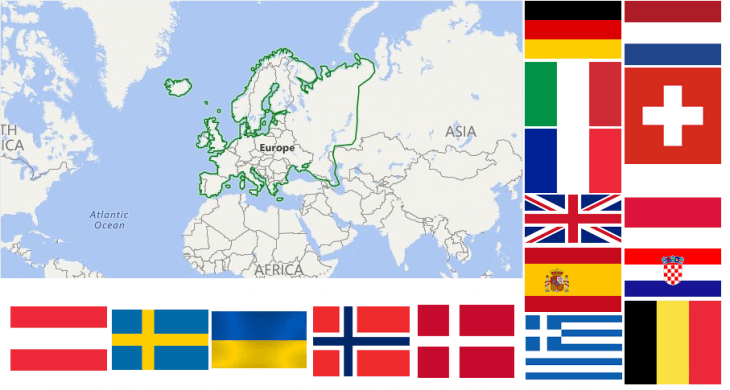 How Many Countries in Europe

The following five countries are located both in Europe and Asia. They are listed by population.

The island of Cyprus is part of Asia but politically belongs to Europe. The small island is occupied by Turkey and the United Kingdom, which still have military bases there. Part of the territory, the south, was admitted to the European Union in 2004. Georgia, Azerbaijan and Armenia, from a geographical point of view, are countries belonging to the Asian continent. They are located in the Caucasus region, and considered transcontinental countries. Azerbaijan and Georgia border Russia (European part), the former being a member of the Council of Europe since 25 January 2001.

In summary, there are a total of 45 independent nations and 6 dependent territories in Europe. See the following for full list of European countries in alphabetical order:

Map of Countries in Europe 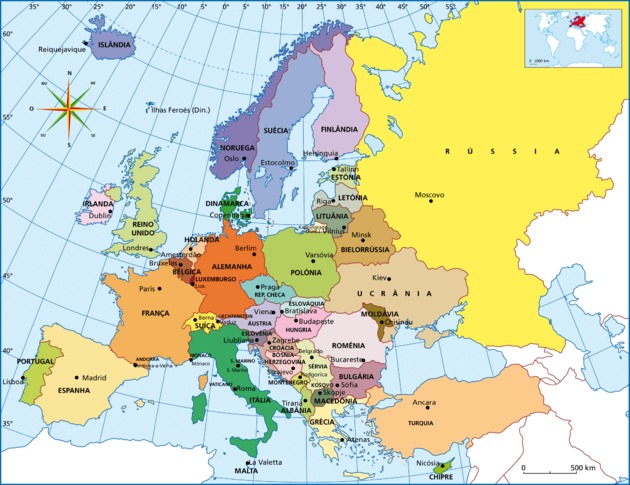