The Middle East is an area defined in West Asia and North Africa. The name of Middle East emerged when British colonial officials in the 1800’s divided the Orient into three administrative areas: Near East (West of India), Middle East (Western Asia) and Far East (Eastern Asia). At that time, the Middle East included Afghanistan, Pakistan and most part of India. In 1932, the British military Middle East office in Baghdad was moved to Cairo and was merged with the Near East office. The Middle East then gained entry as a designation for the Western Orient.

Geographically, the Middle East holds over two-thirds of the world’s known oil reserves and one-third of natural gas reserves. The area is generally dry and in many places water scarcity is a crucial problem. In most Middle Eastern societies, there are great differences between rich and poor, and from many countries great emigration is taking place. Huge areas of the region are largely uninhabited, but some cities and areas such as Cairo (and the entire Nile Valley), Gaza and Tehran have some of the densest population concentrations in the world.

Politically, most of the countries in Middle East have monopoly regimes, while a few have actual democracy (e.g. Israel) or incipient pluralistic governance (Yemen, Jordan, etc.). The location of some of the world’s most important sailing routes (Suez Canal, Strait of Hormuz), the huge energy reserves and the establishment of the State of Israel in 1948 have made it an area of ​​central political and economic importance, and for most of the post-war period, the Middle East has been a conflict-ridden center.

How Many Countries in Middle East 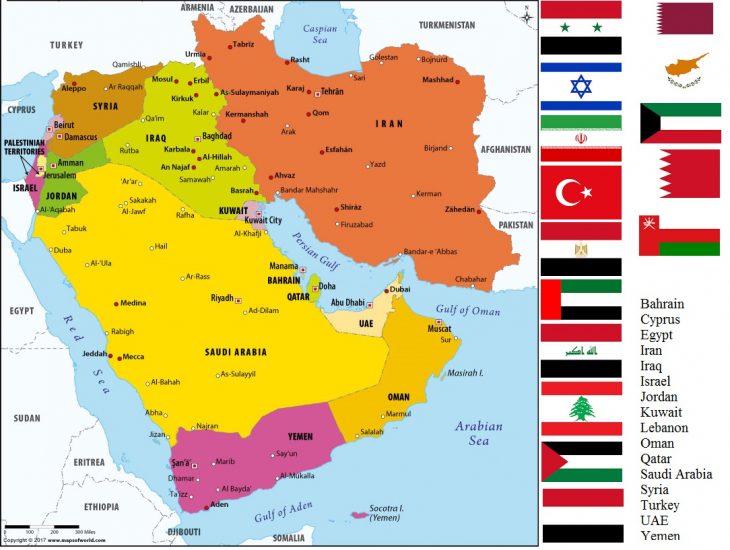 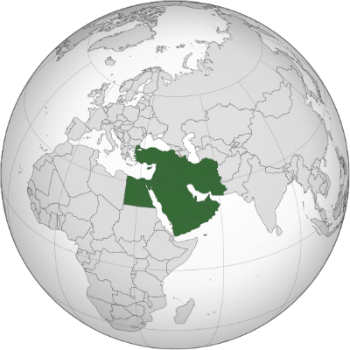 As mentioned above, there are a total of 16 independent nations in Middle East. See the following table for full list of Middle East countries in alphabetical order: