Saudi Arabia, State of the Arabian Peninsula, Southwest Asia; 2.2 million km2, 33.7 million residents (2019).Saudi Arabia occupies about 3/4 of the Arabian peninsula. The country borders in the north to Jordan, Iraq and Kuwait, in the east to Qatar and the United Arab Emirates, in the east and southeast to Oman and in the south to Yemen and to the coast of the Persian Gulf in the east and the Red Sea in the west. However, not all boundaries are definitely set. The capital is Riyadh (4.9 million residents, 2010). 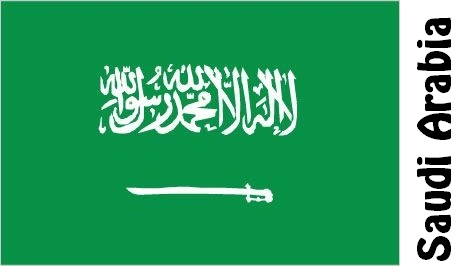 Saudi Arabia is largely made up of desert areas and steppe landscapes. The coastal areas along the Persian Gulf are low and have deep bays, large salt plains and rich oil deposits. The location at the high-pressure belt around the northern tropic and in the rain shadow for winds from the sea gives a dry climate.

Saudi Arabia is ruled by the Royal Family and its Council of Ministers. There are no political parties or any elected assembly. Before making important decisions, however, the religious leaders are consulted. However, in recent years the advisory council, appointed by the king, has been given an increased role in the legislative work. 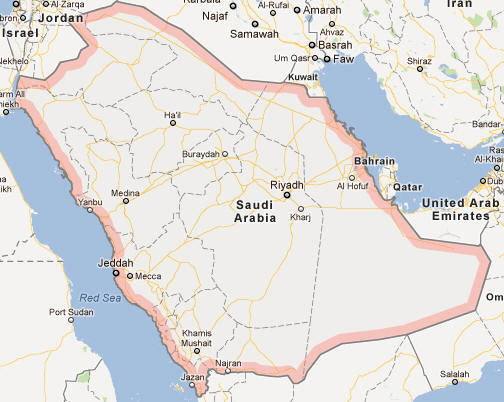