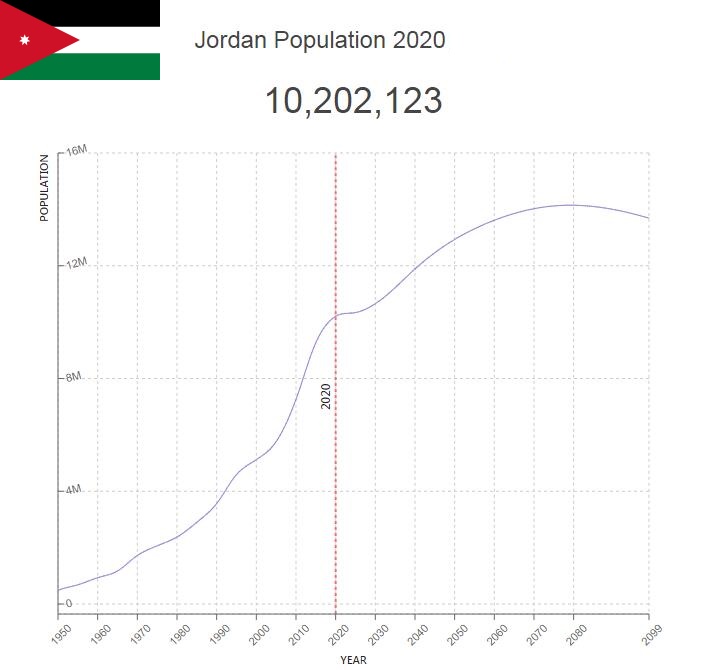 The royal family has an important role in Jordan. The country is strongly influenced by the political situation in neighboring countries. 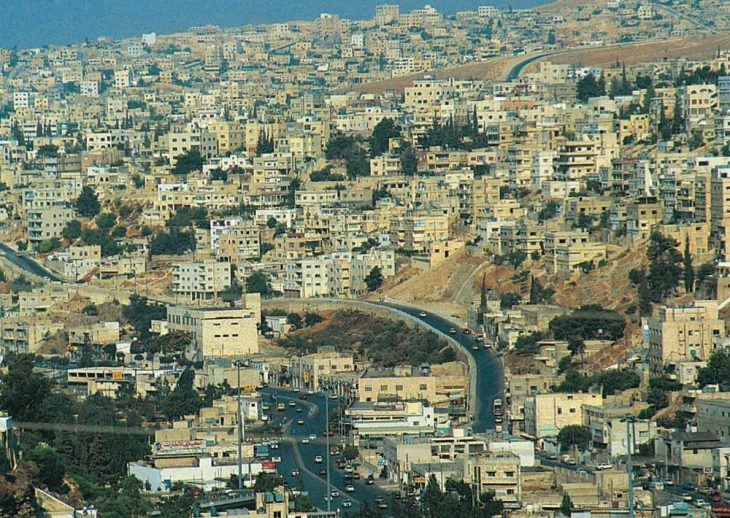 The population in Jordan is estimated at 9,850,000 in 2018. In 2010 it was 7,182,000, which shows that the country has experienced enormous population growth during this period. The development is largely due to immigration of refugees from Iraq and Syria due to the wars in the two countries.

Population growth in earlier periods came primarily from the periodic Palestinian immigration (1947-1949 and 1967), as well as high natural population growth. In addition, Jordan has had a significant number of foreign workers and guest workers from other countries in recent times, due to varying employment opportunities and the political situation in the Middle East where Jordan has been a stable country, with the exception of the civil war in 1970.

In 1945, just before Jordan gained its final independence, Jordan’s population was estimated at only 400,000, and then increased to over 900,000 in 1961. By the time the last Palestinian wave of refugees had settled in 1970, it had over 1.7 million people living in the country. Population growth was then steadily high, but especially high for the years 1990-1991, when the Gulf War forced many Jordanian foreign workers to return home, and again after 2003 when the war in Iraq first and then Syria brought major refugee waves. The annual population growth for the period 1993–2003 was estimated at 3.6 percent. The population is relatively young.

Population of Jordan by Year (Historical)

Major Cities in Jordan by Population

The country’s Cherkonian minority came as refugees from the Caucasus around 1900. In addition to these three peoples, Jordan’s population after 2003 also consists of large groups of Syrians and Iraqis, but these have refugee status and are not citizens.

The majority of the population lives in the area around the capital Amman and in the highlands north along the Jordan Valley to the border with Syria. Largest cities are the capital Amman and Zarqa. The eastern and especially southeastern desert areas of the country are very sparsely populated, in the government of Ma’am towards the Saudi Arabian border there are less than three people per km2. 67 percent of the population lives in urban areas (2018). The residents of the desert areas are essentially Bedouins.

About 98 percent of Jordan’s population is Sunni Muslims. The majority follow the shafi’i school, but the hanafi school is also represented. The two Sunni Muslim schools are primarily concerned with ritual-religious issues, but parts of family law in the country are inspired by Islamic law. Approximately one percent of the population is Druze and Bahai religion, and about one percent are Christians. The Orthodox Church is in scarce majority, closely followed by the Catholic. There are also small Protestant and Anglican groups.

Official language in Jordan is Arabic.