As a subcontinent of the Americas, North America is located within Western Hemisphere and Northern Hemisphere. Being the third largest continent after Asia and Africa, the North America continent has an area of 24,709,000 km2, accounting for 16.5% of world’s total land area. With population of 579,024,000, the continent contributes to 7.5% of the world’s population.

How Many Countries in North America

As of 2020, there are a total of 24 countries in North America. Among them, Canada is the largest country by area and United States is the biggest one by population. By contrast, the smallest country in North American continent is Saint Kitts and Nevis, composed by two small islands.

The most common languages are English and Spanish, while many other languages are also spoken, including French, Dutch, and Indian languages. Residents are primarily Protestant or Catholic. 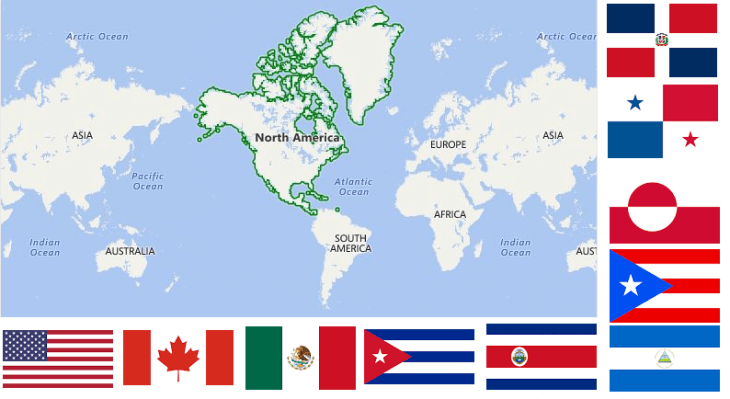 The United States has 50 states, which are represented on the existing fifty stars of that nation’s flag.