Dominica is a mountainous island of volcanic origin. The most prominent terrain feature is a north-south ridge that runs throughout the country except the middle part, where it is interrupted by a plain.

The country became an independent republic within the Commonwealth in 1978. Its president is elected by Parliament for a term of five years and can be re-elected once.

Dominica’s economy has been heavily dependent on banana exports for a long time. On several occasions, most recently in 2007, natural disasters have seriously damaged banana production. Otherwise, mainly coconuts, citrus fruits and avocados are grown. Unlike the neighboring islands of the Caribbean, the tourism industry has developed late, but in recent years the country has invested in ecotourism. 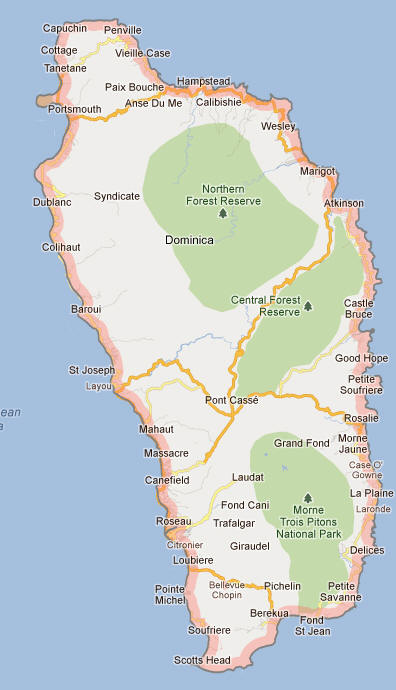