On this page you will find an overview of all countries in the world and their capitals. As of 2022, the United Nations (UN) recognizes 195 independent countries, including its 193 members and two permanent observer states (Vatican and Palestine). In recent history, the number of states has quadrupled. However, some are contested by member states, others are subject to special sovereignty or have an ambiguous status.

All Countries in the World

Distribution of countries by continent

The United Nations list is far from reaching consensus. Cyprus, which has been independent since 1960, is not recognized by Turkey, even though Turkey is a member of the United Nations. Another example: France still refuses diplomatic recognition to North Korea.

Conversely, some states are not recognized by the United Nations, but are recognized by at least one member of the organization. Two examples are Kosovo, which declared itself independent in 2008 and was recognized by 103 states, or Taiwan, which is recognized by 14 states although it has never declared independence. Here is a full list of disputed countries and capitals:

Evolution of the number of countries in the world

The number of countries in the world has exploded due to decolonization. In 1914 there were only 53 countries in the world recognized as independent. At that time, dominions such as Australia, Canada and New Zealand were still under British sovereignty. At the end of 1945, the newly formed United Nations had 51 member states, while 72 states divided the world between themselves. With decolonization and the disintegration of the Eastern Bloc, that number has quadrupled. The most recent formation is South Sudan, which was declared independent in 2011 after years of civil war.

All Capital Cities in the World 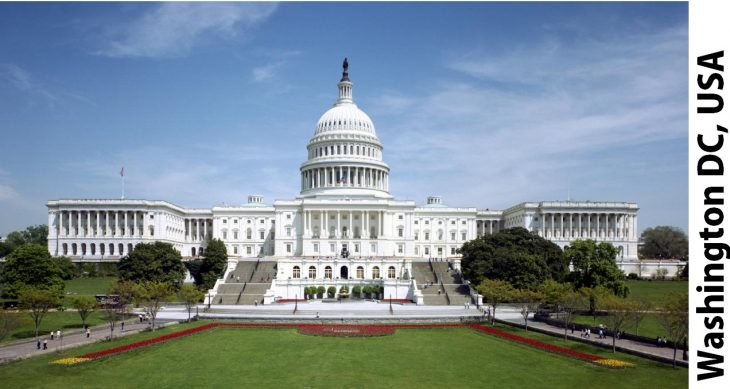 In the table below, please see an alphabetical list of all independent nations and their capitals as well as the regions where each country is located:

Note: While Taiwan has its own capital city, it is not a nation, but a part of China.

You can also view countries in alphabetical order:

Cities, towns, counties and zip codes in the United States