As the world’s largest and most populous continent, Asia has an area of 44,579,000 square kilometers which represents 29.4 percent of the Earth’s land area. With population of around 4.46 billion (2020), Asia constitutes about 60 percent of the world’s population. Politically, Asia is often divided into 6 regions: North Asia, Central Asia, East Asia, Southeast Asia, South Asia and West Asia.

How Many Countries in Asia

As of 2020, Asia consists of 48 countries, of which two (Turkey and Russia) are also located in Europe. Kazakhstan, Azerbaijan, Armenia and Georgia can also be considered to be located in both continents. 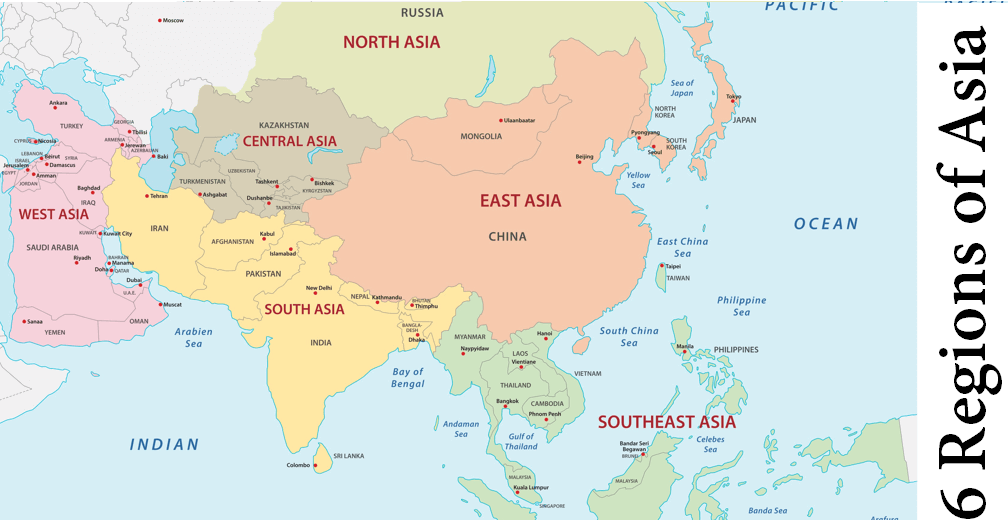 The largest country in Asia is China, followed by India. And the smallest is the Maldives. 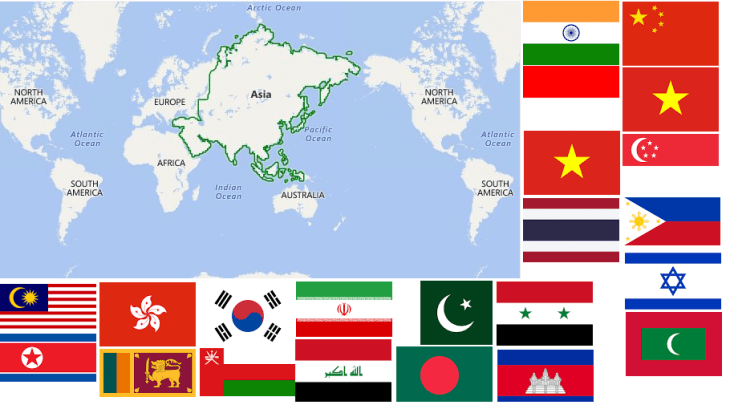 The following table lists 48 independent nations in Asia in alphabetical order. Hong Kong and Macao are two special cities of China. Taiwan, formerly known as Republic of China, is now widely recognized as a province of China.