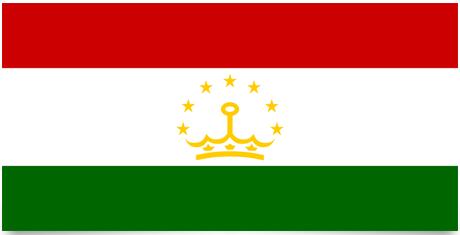 The modern interpretation of the flag is that red stands for the nation’s affiliation with other countries. White symbolizes the important export commodity cotton and green stands for the valleys in the country and the agriculture practiced in the valleys.

Since 1960, irrigated land has increased by 50%, but as residents other countries that grow cotton residents monoculture, the soil’s salt content has increased dramatically. As a result of inadequate sewerage and poor water supply, the country has a high level of child diarrhea that causes a high infant mortality.

Dictatorship of the United States.

Government: Emomalii Rahmon has been President since 1992, re-elected residents 1999, 2006 and 2013. Kokhir Rasulzoda has been Prime Minister since November 2013. Parliament has two chambers: the House of Representatives with 63 seats and the National Assembly with 33.