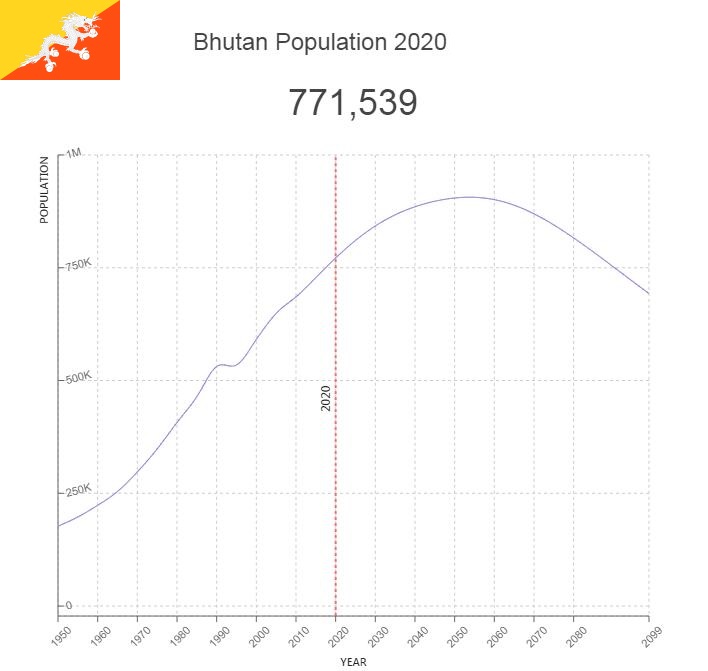 The small mountain state of Bhutan is known for measuring the country’s state in gross national happiness. The country has undergone a gradual transition from monarchy to parliamentary democracy. The country got its first written constitution in 2008.

The estimates of Bhutan’s population are very uncertain and debated, but in 2017 it was estimated at 758 288. Bhutan has several different population groups who speak their own language. The largest is the shark population (‘the people from the east’), who live in the eastern part of the country. 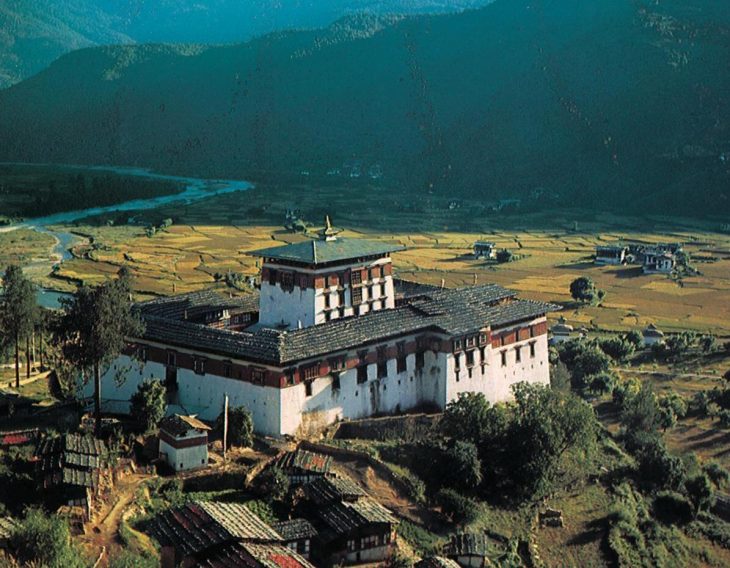 To the west live the Ngalop people, who originate from Tibet. Their language, dzongkha, is the official language of the country. In the south live Nepalese (the Lepcha people), often referred to as Southern Bhutanese. These account for 30-35 percent of the country’s population. Many of these have immigrated in recent times. Furthermore, there are several smaller tribes. There is also a large group of Tibetans who fled across the border in the years following China’s 1959 invasion of Tibet.

Settlement in the country is scattered and most of the population lives in small villages. Until the mid-1960s there were no towns in the usual sense, but with improvements to the road network, some of the larger villages have developed into cities. In 2017, about a third of the country’s residents live in cities. The country’s administration is in large fortified monasteries (dzongs). The largest cities are the capital Thimphu and the trading town of Phuntsholing on the border with India.

Until the 1980s, Bhutan had very high infant mortality rates, and residents had little access to health care compared to neighboring countries. Life expectancy was also very low. From the 1980s, health services were improved, which among other things led to a sharp reduction in the spread of the infectious disease.

Women and men are relatively equal in Bhutan. They have legally the same rights, and the inheritance law has traditionally favored women. The main obstacle to women’s economic and social development is the lack of access to health services, education and work.

Population of Bhutan by Year (Historical)

Major Cities in Bhutan by Population

The Bhutanese follow the Tibetan form of Buddhism (see Tibet, religion). Bhutan is today the only country in Asia where Mahayana Buddhism is state religion.

According to Bhutan tradition, Buddhism was introduced in the 7th century AD. by the Tantric Master Padmasambhava, but we have safe surrender of Buddhism in Bhutan from the first century AD.

The head of the Drukpa school, Ngawang Namgyal (1594–1661), united the country and became both worldly and spiritual head. He divided the country into provinces governed by fortified monasteries (dzong). His successors, who ruled until 1907, were regarded as rebirths by Ngawang Namgyal (in the same way that the Dalai Lamas succeeded one another in Tibet). In the southern part of the country lives a Nepali, Hindu minority.

Official language is dzongkha, a dialect of Tibetan. Tibetan is otherwise spoken in a number of partly incomprehensible dialects. Nepali is used in southern and southwestern parts of the country.