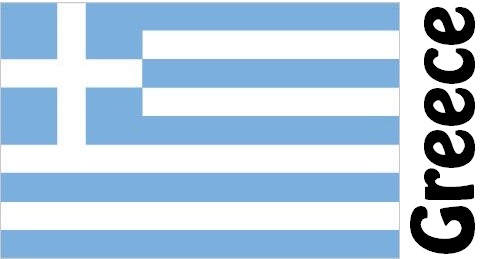 Greece is a republic in southern Europe. The country is located on the Mediterranean Sea and includes the southern part of the Balkan Peninsula and approx. 800 named islands in the Aegean and Ionian Seas, Crete and Rhodes. About 3/4 of Greece’s area is covered by mountains.

Greece has for many years been characterized by economic problems and high unemployment. The country is a member of the EU and NATO. 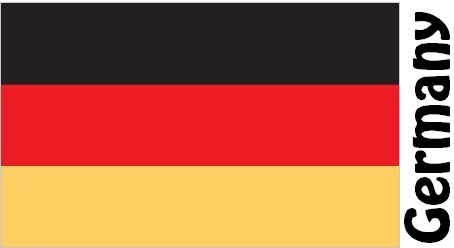 Germany is a Federal Republic of NV-Europe. The country has coastlines to the North Sea and the Baltic Sea as well as borders to the Netherlands, Luxembourg, Belgium, France, Switzerland, Austria, the Czech Republic, Poland and Denmark. There is a moraine landscape and lowland in the N with dunes, marshlands, valleys, sand plains and heathland. At the farthest S there are mountains and high letters. The country is flooded by several large rivers.

The climate is temperate and varies from coastal climate in V and N to mainland climate in S and Island.

The most important natural resources are coal, lignite, farmland, salts, iron ore, oil and natural gas. Germany is one of the world’s leading industrialized countries. Service and tourism are major and important occupations.

From 1949 to 1990, Germany was divided into two states: East Germany (GDR) and West Germany (BRD). Germany is a member of the EU and NATO. 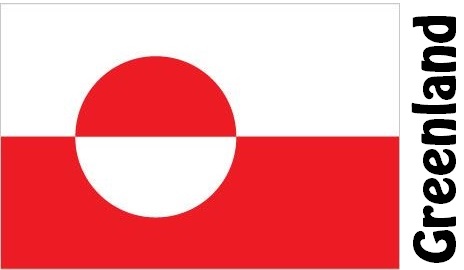 Greenland is the world’s largest island. The island is located NE of Canada with coastlines to the northern Atlantic and the Arctic Ocean. Greenland has since 1979 had home rule and now self-government in joint government with Denmark. The landscape is mountainous and about 80% of Greenland is covered by inland ice. The population lives on the ice-free coasts, especially in SV. Along the coasts there are rocks, mountains, deep fjords, islands and islets.

The climate is polar and the average temperature during the warmest month rarely reaches above 10 degrees Celsius. There is arctic desert in N, and milder temperatures and more precipitation in S.

Fishing is the main business in Greenland, especially shrimp fishing. In addition to fish, seafood and marine mammals, the main natural resources are lead, zinc, uranium, coal and hydroelectric power. Tourism, service industries and financial assistance from Denmark are also important for the economy. 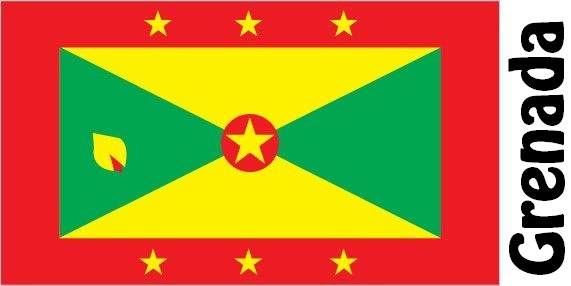 Grenada is located in the Caribbean. The country includes the island of Grenada and some small islands, including the southernmost of the Grenadines. The islands are volcanic and mountainous with forests, craters, valleys, rivers, lakes and beaches.

The climate is warm and tropical with rainy season in June-December. Hurricanes occur.

Tourism, off-shore businesses and agriculture are key to the island state’s economy. The main crops are nutmegs, nutmegs, cocoa and bananas.

Grenada was, until 1974, when the country became independent, a British colony. Today, Grenada has constitutional monarchy within The Commonwealth. 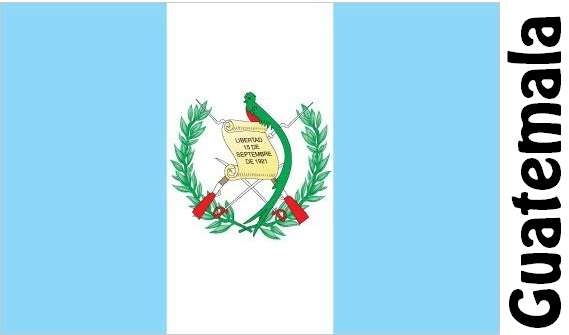 Guatemala is a republic in Central America with a coastline to the Pacific Ocean and a short coastline on the Caribbean Sea. The landscape is mountainous with narrow coastal stretches. Large mountain ranges, active volcanoes and highlands in the S as well as limestone plateau, lowland and rainforest in N.

The climate is tropical, warm and humid. However, there is a little cooler in the highlands. Earthquakes occur frequently.

The population is mainly made up of Mayan Indians and mestizos. Until 1996, Guatemala was ravaged by civil war. 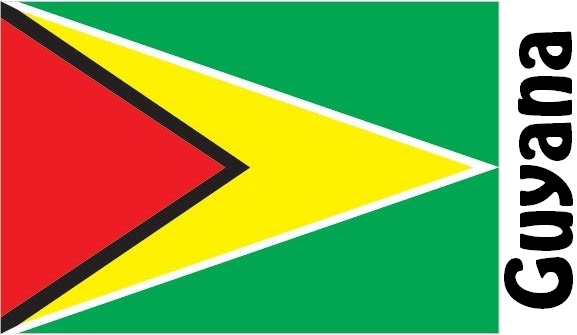 Guyana is a republic in the north of S America with a coast facing the Atlantic. The country borders Brazil, Suriname and Venezuela. The landscape consists mainly of highlands, mountains. There is tropical rainforest and savanna. The coastal plain is narrow and protected by dikes.

The climate is hot, humid and tropical with two rainy seasons. There is a risk of flooding in the rainy season.

The most important natural resources are bauxite (for the production of aluminum), timber, gold, diamonds and agricultural land, as well as a large untapped hydropower potential. Mining, agriculture, fishing and forestry are the dominant occupations.

Guyana was first a Dutch and later a British colony. The country became independent in 1966. 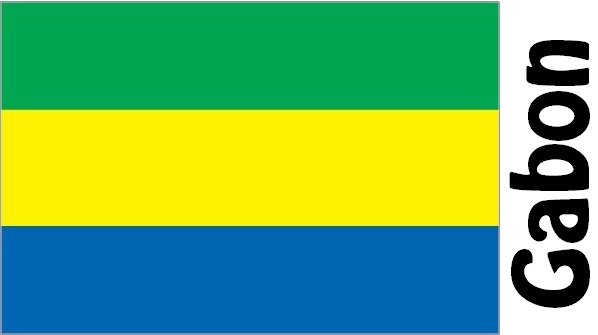 Gabon is a republic in western Central Africa at the equator. The country faces the Atlantic Ocean and has land borders with Congo (Republic), Cameroon and Equatorial Guinea. The landscape consists of a wide coastal plain with mangrove swamps and lagoons. The rest of the country is low-cost. Over half of the country’s area is covered by rainforest.

The climate is tropical with two rainy seasons.

The main natural resources and export goods are oil, uranium, manganese and timber. The country’s energy needs are particularly covered by hydropower.

Gabon became independent from France in 1960, where the country was very poor. Due to the large deposits of oil and minerals and financial assistance, Gabon is today one of the most affluent and stable countries in Africa. 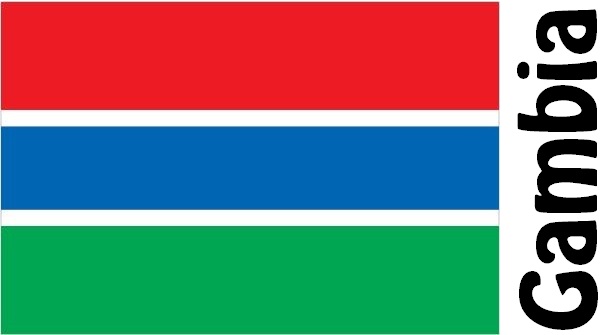 The Gambia is a republic in V-Africa with a short Atlantic coastline. The country is completely surrounded by Senegal. The Gambia River flows throughout the country. On both sides of the river there are valleys, marshland, mangrove forest and savanna. South of the estuary on the Atlantic coast are wide beaches with coconut trees. The Gambia is the smallest country on the African continent.

The climate is tropical with rainy season in May-October. The rainfall is greatest on the coast and decreasing towards the island.

The most important profession is agriculture. Especially rice, maize and millet are grown for their own consumption as well as peanuts for export. Tourism is very important.

The political situation in The Gambia is unstable, unemployment is high, and the country relies on financial assistance. 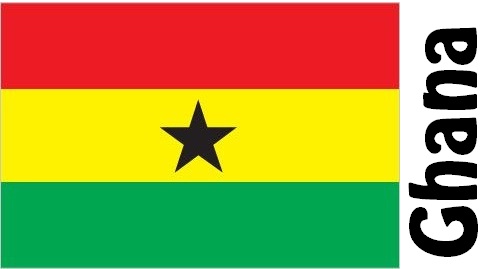 Ghana is a republic in V-Africa on the Gulf of Guinea. On the coast is a wide coastal plain and inland there are plains and low plateaus of rainforest and savanna. The Volta Rivers are dammed and form the large artificial Voltasø.

The climate is tropical with two rainy seasons in S and one in N.

Ghana was called the Gold Coast (British Colony) until 1957, when the country became independent. The first years after independence, the country was dominated by political turmoil, military coups and falling living standards. Denmark established the trading station “Christiansborg” in 1661. 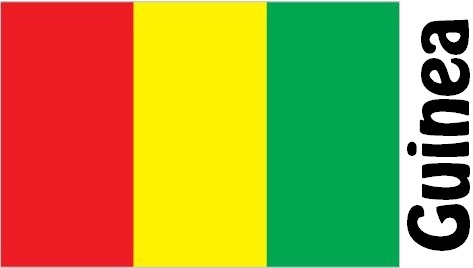 Guinea is a republic of the Atlantic in V-Africa. The landscape consists of mountain masses, sandstone plateaus and high plains with savanna and rainforest as well as a wide coastal plain with mangrove swamps.

The climate is tropical, warm and humid with rainy season in May-November.

Agriculture and mining are the most important occupations. Extractions include: bauxite, iron, diamonds and gold. The main agricultural crops are bananas, pineapple, coffee, peanuts and palm oil for export, as well as maniacs, vegetables and rice for self-sufficiency.

French colony until 1958. Guinea is a very poor country and dependent on financial aid. Over half of the country’s population is illiterate.

Guinea-Bissau is a republic in V-Africa. The country lies out to the Atlantic Ocean and has land borders to Guinea and Senegal. The Republic also includes the Bissagos Islands. The mainland is largely lowland with rainforest. The coastal area is a swampy, low plain with estuaries and mangroves.

The climate is tropical with 6-8 months of rainy season.

Forestry, fisheries and other natural resources are used to a limited extent. However, self-sufficiency farming is important for the population. Cashews, peanuts and palm oil are exported. 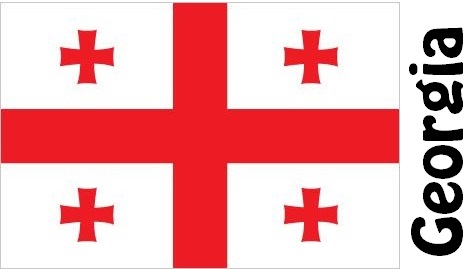 Georgia is a republic in SV Asia. The country is located in the southern Caucasus Island off the Black Sea. Georgia encompasses the autonomous regions of Abkhazia, Adjara and South Ossetia. The landscape consists of the large Caucasus mountain ranges in the N and small Caucasus in the S. Between the two mountain ranges there are lowland, valleys, grassland, forest and rivers.

The climate is temperate mainland climate. There is a great difference in temperature between the mountains and the Black Sea coast.

The country was a Soviet Union republic in the period 1936-1991. Since then there has been economic crisis, political unrest and armed conflict. 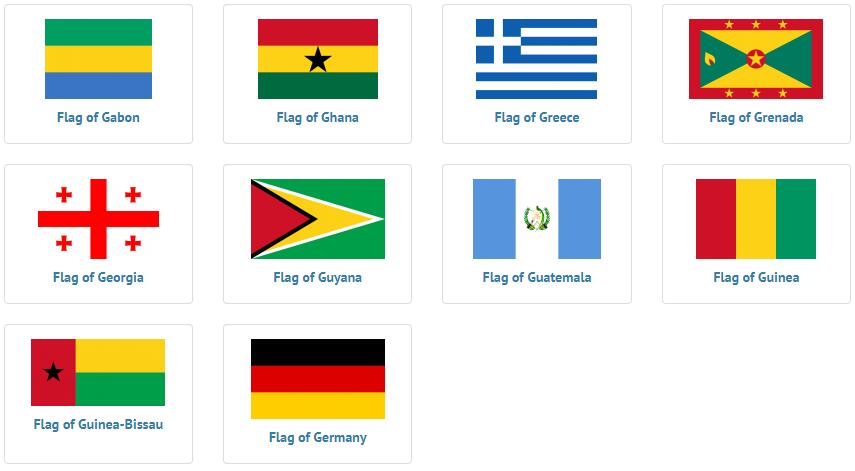