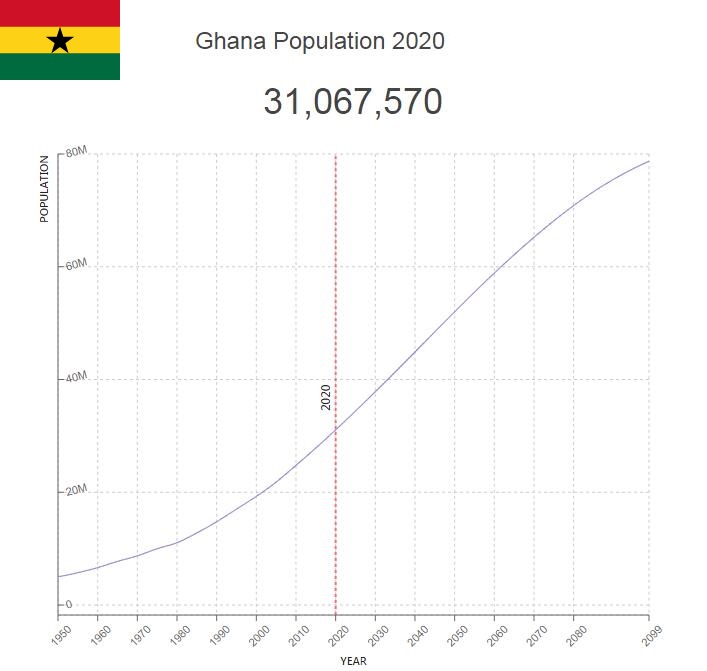 In 1957, Ghana became the first former colony in West Africa to achieve independence. The country is rich in natural resources such as gold and cocoa, and has started extracting oil. Ghana is considered one of the most stable democracies in Africa. 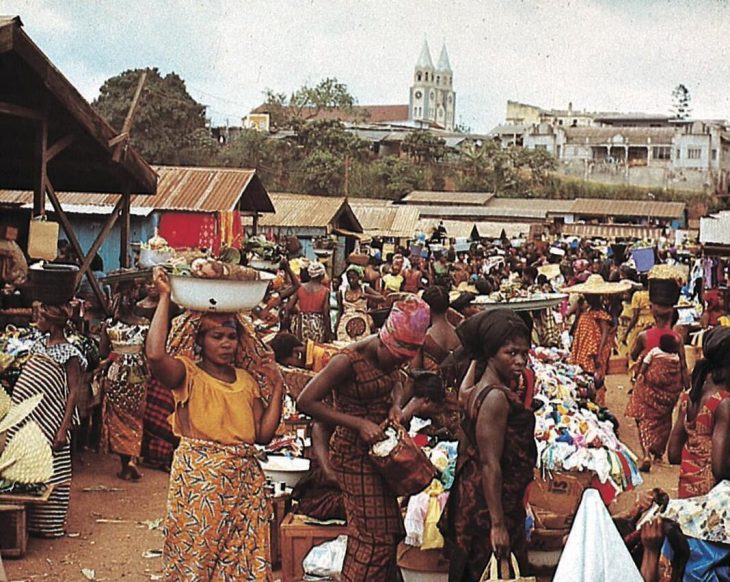 Emigration, primarily illegal immigration to Nigeria, for many years reduced the overall population growth, but in the second half of the 1980s, an estimated 1.3 million Ghanaians were expelled from Nigeria and moved back home.

Population of Ghana by Year (Historical)

Major Cities in Ghana by Population

Ghana’s authorities have followed a consistent policy to equalize inequalities and contradictions between ethnic groups, and conflicts on such grounds are relatively small, but there have been several cases of ethnic clashes in the northern part of the country in the mid-1990s.

Many of Ghana’s ethnic groups traditionally have matrilineal kinship systems, and women play a key role in trade, for example. This role gives them influence in other areas as well.

The official language is English. The most widely spoken languages ​​belong to the Gur and Kwas languages of the Niger Congo family. Mossi in the north are spoken by yeast. In the south and east, the Kwa languages ​​predominate akan, ewe and ga-adangme.

About 38 percent practice traditional forms of religion, and many combine these with Christianity or Islam. The figures are therefore uncertain regarding the support of Islam (Sunni and Ahmadiyya), and Christianity (Presbyterians, Pentecostal and Adventist, Catholic, indigenous churches). In 2010, 71 percent were considered Christians and 17 percent as Muslims.