The Irish Republic (Eire) encompasses most of the island of Ireland. The Northern part, Northern Ireland, is an autonomous territory under the United Kingdom. The island is surrounded by the Irish Sea towards the island and the Atlantic Ocean. The landscape is especially hilly lowland with plains, valleys, lakes, rivers and grasslands. At the coasts the landscape rises in ridge. The V coast is cut by deep gorges.

There is a temperate coastal climate with mild, humid winters and cool, rainy summers. About 80% of Ireland’s land is used for agriculture, especially permanent pastures.

The most important natural resources are natural gas, hydropower, lead, zinc, silver and copper, as well as agricultural land. Dairy farming and sheep farming are also important to the economy.

Ireland became independent in 1921 after a bloody civil war. Ireland is a member of the EU. 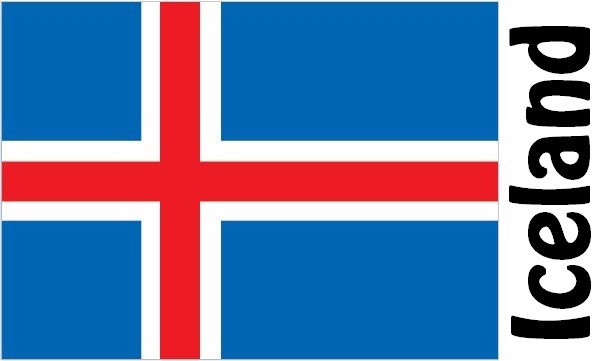 Iceland is a republic in the northern Atlantic. Iceland’s landscape is a plateau of volcanoes, glaciers, meltwater and lava plains.

There is a temperate coastal climate with cool summers and mild winters. The many active volcanoes mean that volcanic eruptions, earthquakes and glaciers often occur.

The country’s most important natural resources are fish, hydropower and geothermal energy. Large aluminum plants, tourism and agriculture are also important for the economy.

Iceland was first under Norwegian and later Danish rule. The country gained complete independence in 1944. Historically, economically and politically, Iceland is more closely linked to Europe and the Nordic countries than to North America. Iceland is a member of NATO and also of the Nordic Council. Iceland has close links to Greenland. 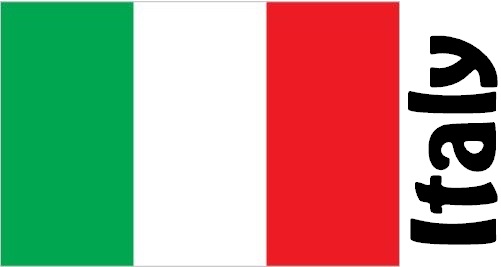 Italy is a republic in S-Europe consisting of the Apennine Peninsula and the islands of Sicily and Sardinia. Italy embraces the small states of San Marino and the Vatican City. The landscape is mountainous. The Alps in the N and the mountain range The Appennies, which run from N to S. There are several active volcanoes, among others. Etna and Vesuvius.

Most of Italy has subtropical climate with winter rain. The northernmost regions and the Alps have temperate mainland climates.

The country has few natural resources, but a large production of subtropical fruits and vegetables and wine. Italy also has extensive industrial production of cars and trains.

Italy has for many years been characterized by political instability, high unemployment and low economic growth. The country also has major problems with organized crime and illegal immigration. Italy is a member of the EU and NATO. 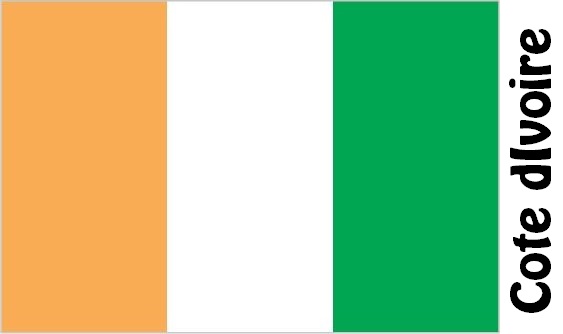 Ivory Coast is a republic in V-Africa. The country is located on the Gulf of Guinea. The central and northern parts of the country consist of highlighters with savanna. Lowland with rainforest in southern part. On the coast there are lagoons, mangrove swamps and sandy beaches.

The climate is tropical with most rainfall in S.

Agriculture is the most important profession. Among other things, cocoa, coffee, bananas, palm oil, pineapple and rubber for export. The most important natural resources are oil, diamonds, natural gas, timber and hydropower. 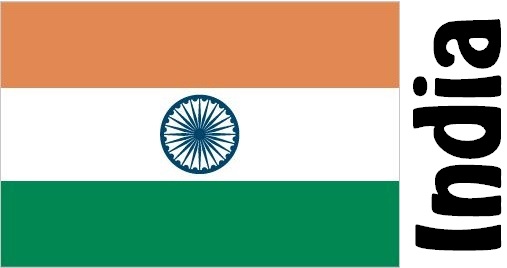 India is a republic in S Asia, which encompasses the entire Indian continent and several Indian Ocean groups between the Arabian Sea and the Bay of Bengal. The landscape is dominated by the Himalayas in the N, the central Deccan plateau, lowlands in the S, desert and savanna in the V, as well as rainforest mangroves and river systems (Ganges) in the island.

The climate is tropical with monsoon rain. However, temperatures and precipitation vary widely. Natural disasters occur regularly, including earthquake in N.

India’s most important natural resources are coal, oil, natural gas, agricultural land, iron and a number of other minerals. Forestry, fisheries, cattle farming, service and industry are also of great importance to the economy.

Despite economic growth, social inequality continues to be high in the country. 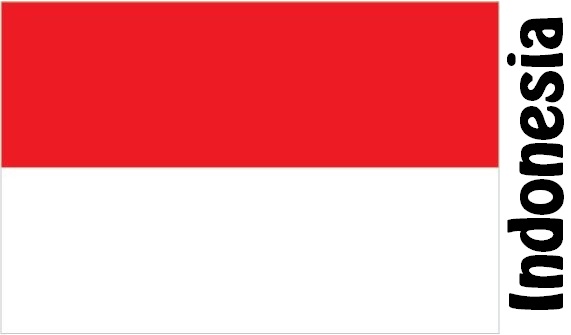 Indonesia is a republic in SE Asia consisting of a large archipelago extending from the Pacific Ocean into the Indian Ocean. Indonesia includes over 17,000 islands. The largest islands are Java, Sumatra, Kalimantan (Borneo), Sulawesi and Papua (New Guinea). Indonesia is the world’s largest archipelago.

The climate is tropical and humid with monsoon rain. Volcanic eruptions, earthquakes, landslides and tidal waves occur due to the great geological activity in the area. 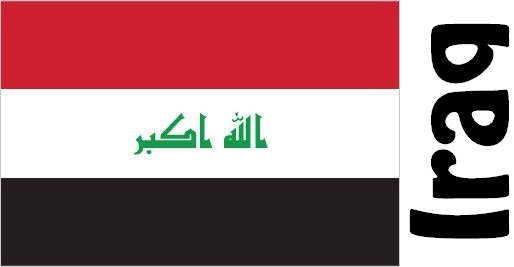 Iraq is a republic in SV Asia by the Persian Gulf. The Iraqi landscape consists of desert, gorges and a high limestone plateau in V, grassy steeples in the N, mountain ranges in the island and the NE as well as river valleys, swamps and plains surrounding the two major rivers Euphrates and Tigris.

The climate is subtropical desert climate with hot, dry summer and limited amounts of rainfall during the cool period.

Oil and natural gas are the most important natural resources. Irrigated agriculture is of great importance.

Iraq continues to suffer the devastation of the Gulf War and later international sanctions. Iraq was invaded by the United States and an international coalition in 2003, which removed the dictatorial regime. The last international forces left the country in 2011.

Iran is an Islamic republic in SV Asia. The country lies between the Gulf of Persia and the Caspian Sea. The landscape consists of high plains, sandy deserts, steppes, salt marshes, mountains, river deltas and narrow low coastal plains.

There is a subtropical climate with very hot summers and very cold winters. Earthquakes occur regularly. 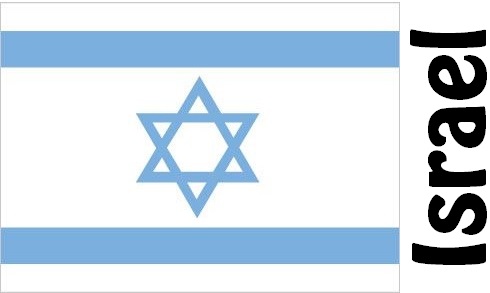 Israel is a republic in SV Asia. The country is located on the Mediterranean Sea with borders to Egypt, Jordan, Lebanon and Syria. The landscape consists of a wide, fertile coastal plain and a mountainous highland. IS and SV are the Negev desert. Along the border with the island lies the Jordan Valley with the Sea of ​​Genesis, the Dead Sea and the Gulf of Aqaba in the Red Sea.

There is subtropical Mediterranean climate in N and desert-like, very dry climate in S.

Israel was created by the United Nations in 1948, where Palestine was divided into a Jewish and Arab state. East Jerusalem and the Golan Heights are under Israeli rule. Gaza and the West Bank are under Palestinian autonomy. 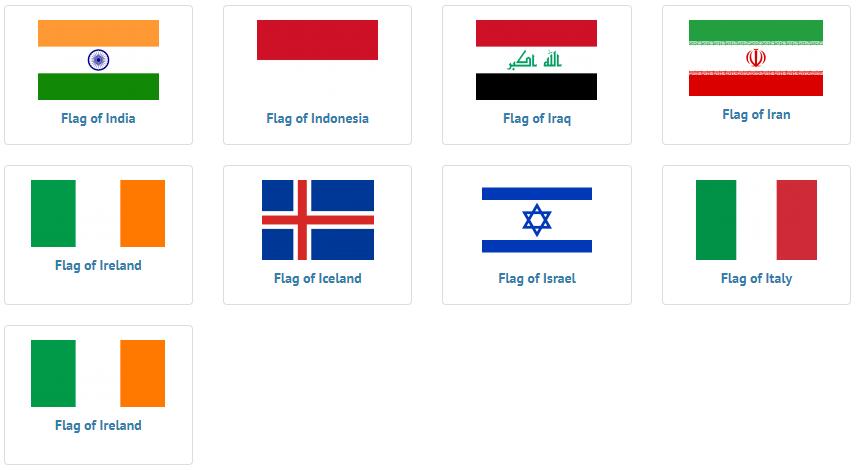