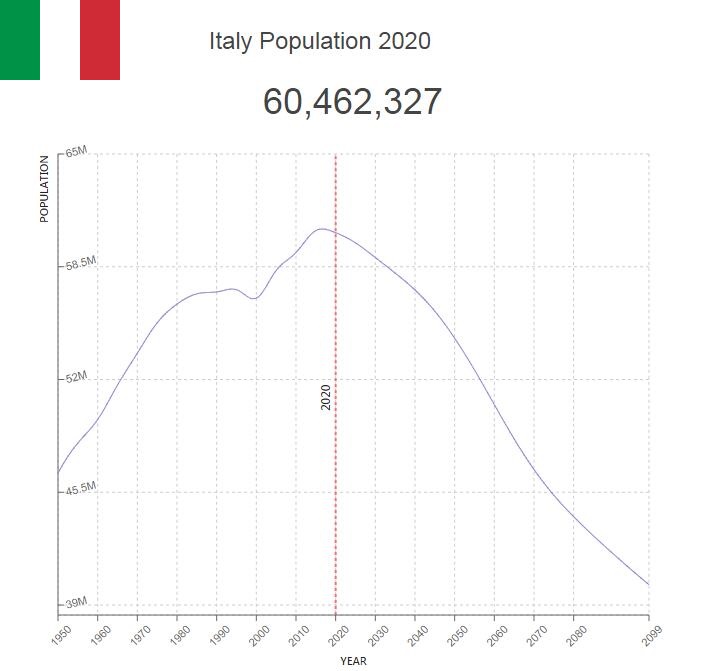 Italy is world famous for the cities of Venice and Rome. In recent years, the policy has been characterized by great instability and change of government. It has been said that Italy is the doorstep of Europe. Every year, thousands of boat refugees cross the Mediterranean, from Africa to Italy, with life as an effort. 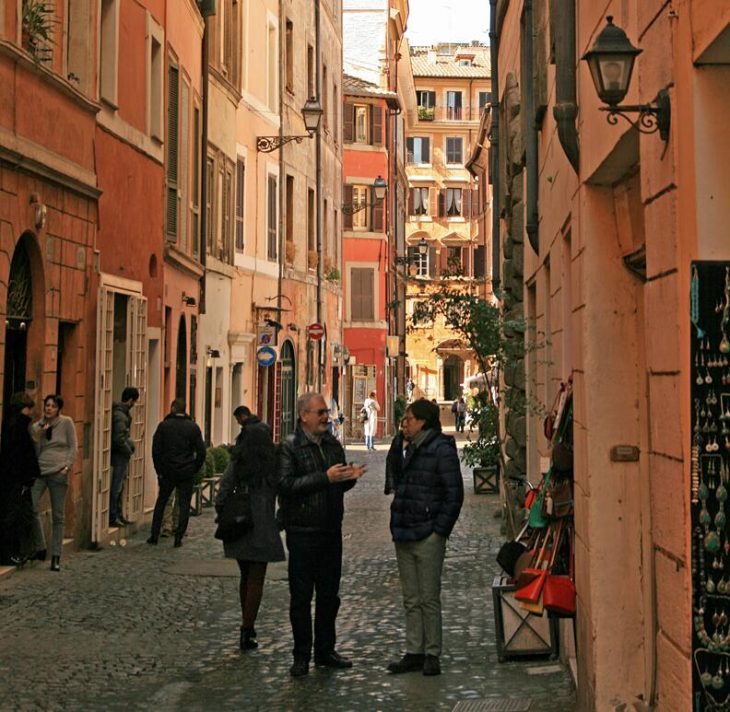 Population of Italy by Year (Historical)

Major Cities in Italy by Population

Population pressure was previously relieved of emigration, which was greater than in any other European country. Since the 1870s, approximately 12 million people emigrated, including 6 million to the United States, almost 3 million to Argentina, 1.3 million to Brazil and almost 1 million each to Australia and Canada. The emigration reached a maximum in 1913, when 900,000 emigrated (2% of the population), but were later reduced by war, crisis, US immigration law and the fascist population policy. Many Italians are guest workers in, among others, Switzerland, France, Germany and the Benelux countries. They come mainly from southern Italy, which also sends a stream of emigrants to the industrial areas of northern Italy. In total, approximately 30 million Italians or people of Italian descent outside Italy.

In the period after 2000, there has been a not insignificant immigration to Italy. The largest immigrant groups have been Romanians, Albanians, Moroccans, Chinese and Ukrainians. According to official figures, over five million foreign nationals lived in Italy in 2017. In addition, hundreds of thousands of immigrants who have been granted Italian citizenship during the last decades.

The cities with the most foreign nationals are Rome, Milan, Turin, Florence, Bologna and Genoa. As a percentage of the population, Milan, Brescia, Prato and Piacenza (all over 18%) have the largest share of foreign nationals.

Although the country’s population is largely uniform in common language, religion and culture, significant regional contrasts prevail. In the north, Celtic and Germanic immigration has left strong footprints, while in the south, Greek and Arabic elements are prevalent. Linguistically and nationally, however, the population has become more uniform after the Second World War, because it has lost foreign elements (Slovenes, Croats, French speakers).

Languages boundary between Italian and German are pushed northward, but in South Tyrol is still around 300,000 German-speaking residents. There are also many rhetorical speakers (Friuli and Ladinians), and in Friuli-Venezia Giulia slaves (including 120,000 Slovenians in the Trieste area). In the Valle d’Aosta and Piedmont there is a French-speaking minority, in southern Italy Albanian- and Greek-speaking groups, in Sardinia a few Catalan speakers.

The population density in 2005 was 192.9 per km2. Regionally, the population density ranges from 35 per km2 in the Valle d’Aosta and 60-65 in Trentino-Alto Adige, Sardinia and Basilicata, to 350-400 in Lombardy, Liguria and Campania. While population density elsewhere in Europe is highest in clean industrial areas, in Italy it is also very high in agricultural districts. The fertile plains between Naples and Capua in Campania are with 500-700 people per km2Europe and one of the world’s most densely populated agricultural areas. As elsewhere in southern Europe, the peasant population is to a large extent gathered in some very large villages. This is particularly pronounced in the south and in Sardinia, while the settlement is predominantly spread in Central Italy – from Rome to Po.

Since 1950, there has been a general escape from the rural to the big cities; especially people from the south have flowed to the major industrial centers of northern Italy. About 67% of the population lives in urban areas (2005).

The official language is Italian. The Italian written language is based on the Tuscan dialect.

Italy has some linguistic minorities. In South Tyrol, approximately 300,000 German, approximately 300,000 speak French and Occitan in the northwest of the Valle d’Aosta and along the border with France. In northeastern Italy, rhetorical dialects, Friulian of about 700,000, are spoken. In the Trieste area, Slovenian is spoken by approximately 120,000. In southern Italy there are minorities who speak Albanian (120,000) and Greek (40,000), and in Sardinia Catalan (12,000).

Sardinian, which is spoken in the central and southern part of Sardinia by approximately 1.5 million, is often considered a separate Romanian language and is closer to classical Latin than any other Romanian language. It has the status of the second official language in Sardinia after Italian.