Ireland, a state comprising most of the island of the same name; 70 285 km2, 4.8 million residents (2019).Ireland’s only land border is in the northeast towards the United Kingdom (Northern Ireland). The country is divided into 26 counties. The capital is Dublin (553,200 residents, 2016).

Ireland’s central lowlands include plains that are drained by Shannon, Ireland’s main river. In many places, however, there are hill terrain and a variety of lakes, large marshes and low ridges. The lowlands are surrounded by higher mountain ranges in the south and north. The climate is maritime with cool summers and mild winters.

The country’s economy has undergone major changes since the crisis years of the 1980s. Foreign investment has led to the emergence of a high-tech industry, while tourism and services have expanded. Previously dominant agriculture has rapidly declined in importance.

In 2007-13, the country experienced a severe economic crisis with high unemployment and major economic cuts. In 2010, Ireland received emergency loans from IMF and EU support funds. In connection with this, the government prepared a comprehensive austerity package.

The measures did not have the desired effect in 2011 and 2012, but at the end of 2013 several positive signals came as unemployment began to fall and housing construction increased. At the end of 2013, Ireland was able to announce that it had rescued the rescue programs from the aid funds. Thereafter, the economic recovery has continued. 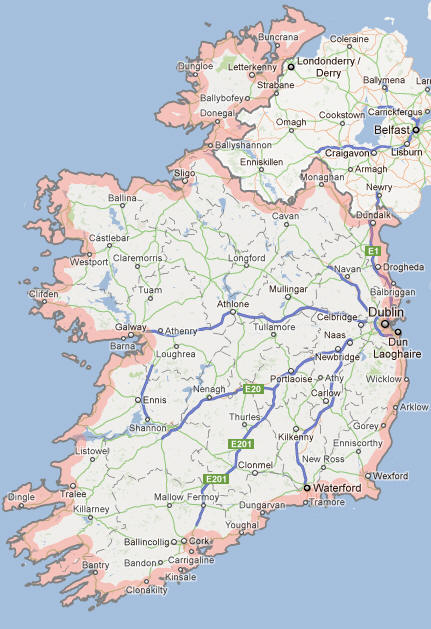