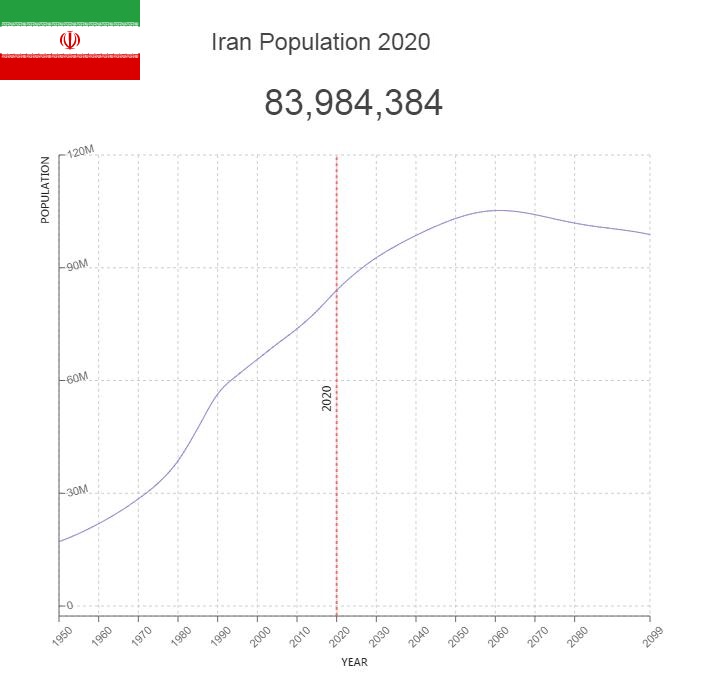 Iran is an Islamic priesthood without democratic elections. In 2004, the economy was hit hard by sanctions because Iran developed nuclear weapons.

Iran’s population was estimated at 68 million in 2005. Natural growth (born ÷ dead) has traditionally been high and has given the country a young population, and over 70% are under 30 years. 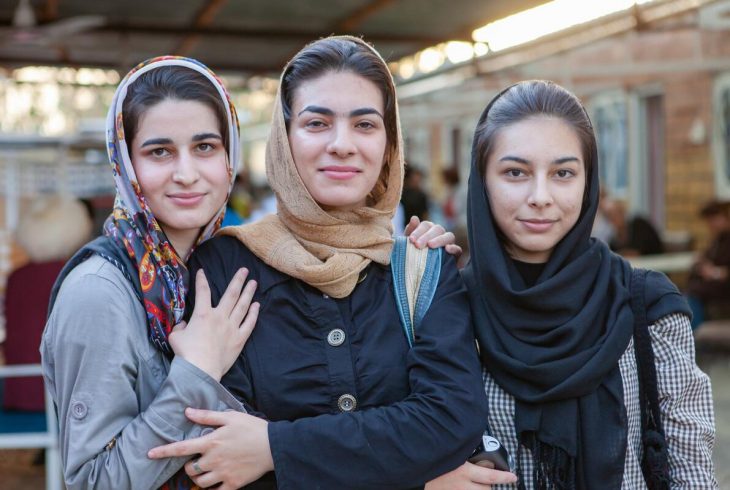 The population belongs to many different ethnic, religious and linguistic groups. The Iranian language group counts approximately 70% of the population, including Shi’ite Muslim Persians (45%), the Sunni Muslim Kurds (8%) and Baluchis (2%), who are partly nomads. About 30% are Turkish speaking, including Azerbaijanis (16%) in the northwest and the semi-nomadic Turkmen in the northeast. Half-Nomads are also the deceivers (including the Bakhtians) and others. The majority of the Arab population (about 2%) resides in Khuzestan in the southwest. Also, there are smaller groups of Jews, Gregorian and Roman Catholic Armenians, Nestorian Assyrians, Jesuits and Parsis.

As in neighboring Iraq and Turkey, there is a strong demand for self-government among the Kurdish ethnic group in Iran, and in 1979 the Kurds rebelled against the government. A similar demand for autonomy for the Arab population of Khuzestan helped trigger the Iran-Iraq war in the fall of 1980, after the Iranian authorities brutally defeated Arab insurgency attempts.

The population density averages 41.3 people per km2, but the population is very unevenly distributed. Most live in the fertile regions of the west and northwest, and in the lowlands of the Caspian Sea. The vast desert areas of the central part of the country and the massive Elburs and Zagros mountains are very sparsely populated. In 1994, 57% of the population lived in cities, and the influx to the largest cities has been very large. By far the largest city is the capital Tehran (Tehran) with 6,758,800 homes (1997). Other major cities are Mashhad, Esfahan, Tabriz and Shiraz.