Tehran is the capital and largest city in Iran. It is located on a fertile plain south of the Elburs mountains about 1200 meters above sea level. The city is Iran’s political and economic center, and the metropolitan area has around 8.7 million residents (Iran Census, 2016).

Tehran is the seat of Iran’s National Assembly, administration and supreme courts, and meeting place for the Guardian Council and the government. Much of Iran’s industrial production takes place in the city, making it a target for labor immigration from across the country. The industry includes the textile industry, weapons production, machinery, cement, pharmaceuticals, electrical engineering and a variety of consumer goods. Tehran is also the administrative center for the country’s oil industry, which accounts for over 70 percent of the country’s export income.

Several universities and other educational institutions, mosques and museums are located in the city, and it is one of the country’s foremost tourist destinations.

Tehran consists of an older city center and outer areas that have been gradually expanded in recent times. The city center is Ferdowsi Square, which has replaced the old center Maidan-i-Sipah. The city is also characterized by a north-south divide, where the richest residents reside in the north. Here is also the modern part of the city. The older district with the bazaars is to the south. Iran’s highest mountain, Damavand, is visible from Tehran.

The city has long experienced strong growth, both in terms of population and number of vehicles. It is sometimes characterized by pollution and traffic problems.

Tehran was an urbanized area in ancient times, and from the 1100s a small village. During the Safav empire (1501-1736) it grew into a regional trading town. In 1785, Army Chief Agha Muhammad Khan took over the city and made it the capital of Iran because of its strategic proximity to Iran’s northern border.

In the 19th century, extensive construction projects were initiated to make the city the country’s administrative center, and the city grew significantly during this period. It is estimated that the population grew from a few tens of thousands to over 200,000 at the turn of the 20th century.

In recent times, Tehran has been the center of several political and social upheavals in Iran. In 1908, a civil war broke out in the city when the state constitution was to be modernized, which led to the establishment of the National Assembly. During World War II, Tehran was occupied by Soviet and British military forces from 1941. In 1943, the city’s allies met to coordinate the war effort against the Axis forces, which became known as the Tehran Conference. The city was the subject of rapid modernization in the post-war period during the Pahlavi dynasty(1925-1979), especially as a result of developments in the oil industry. After the regime change in 1979, Tehran was for a time marked by political and economic stagnation, including the city being bombed during the Gulf War (1980–1988). Mass demonstrations and clashes occurred in the city during the 2009 presidential election, when a political mass movement (the green movement) accused the authorities of electoral fraud and corruption. 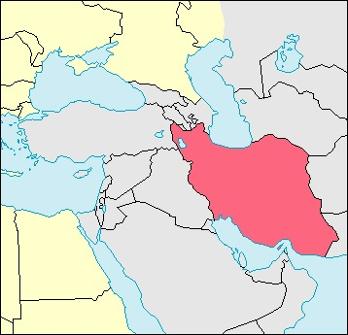