Iran, Middle East State; 1.6 million km2, 81.8 million residents (2019).Iran borders in the west to Iraq and Turkey, in the north to Armenia, Azerbaijan and Turkmenistan and in the east to Afghanistan and Pakistan. The country has a coast towards the Caspian Sea to the north, the Persian Gulf and the Indian Ocean to the south. The capital is Tehran (8.7 million residents, 2017).

Iran is a highland with a pelvic interior surrounded by high mountain ranges. Lowlands are only found along the coastal stretches of the Caspian Sea, the Gulf of Persia and the Oman Bay. Due to the altitude conditions, the temperature varies greatly.

According to the 1979 constitution, Iran is an Islamic republic. The supreme leader is the spiritual leader (wali faqih), but the executive is exercised by a president elected for four years. A parliament has the legislative power and is elected in general elections for four years.

The oil has been the basis of the country’s economy since the 1970s. When the Islamic revolutionary government seized power in 1979, the economic and social development strategy changed. The new leaders wanted the business sector to focus on low growth rates, small-scale industrialization, traditional agriculture and strict control of oil exports. Subsequently, the degree of state governance has been a central issue.

Some privatization was carried out during the 2000s, but there is still a great political opposition to privatization and large foreign investment. In 2006, the UN imposed financial sanctions on Iran to stop the country from its nuclear program. Subsequently, the US and the EU imposed new sanctions for the same purpose. In 2015, the UN Security Council, Germany and Iran agreed to gradually lift the sanctions in connection with the signing of the Iran agreement. When the US 2018 expired from the Iran agreement, the country imposed new sanctions on Iran. 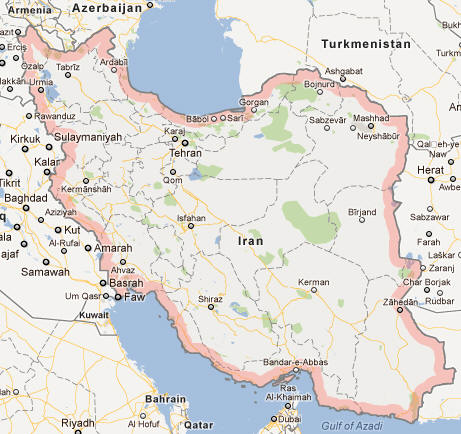