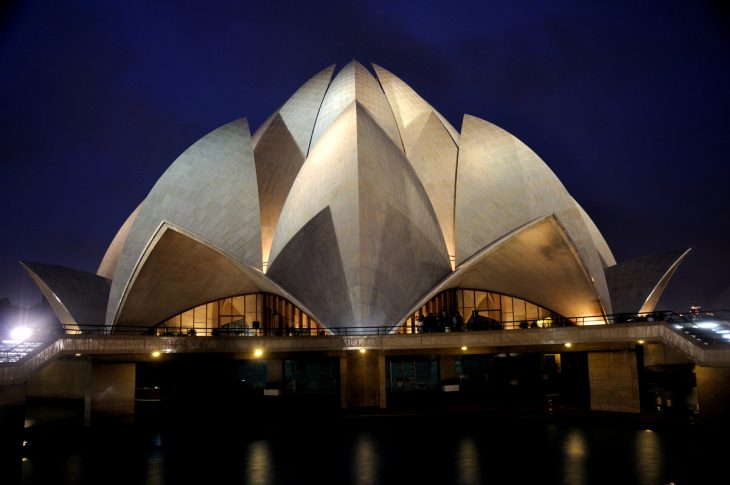 New Delhi is a city and capital of India, in the federal territory of Delhi, on Yamuna’s right bank. It actually consists of two cities, the old city of Delhi, commonly called Old Delhi, the capital of British India from 1912 to 1931, and New Delhi, which has been the capital of India since 1931. The metropolitan area has 25 703 000 residents (estimate for 2015, United Nations Population Division).

Delhi is India’s largest city, and an important center of commerce, administration and culture. The city has traditionally been known for its crafts: gold and silver filigree, ivory and embroidery. There is considerable and varied industry, including the production of electronic goods, textiles, foodstuffs, sports equipment, bicycles, car parts, metal and rubber products, plastics, leather goods, medicines and much more. Delhi is also an important road and rail hub and has an international airport (Palam). The city has several universities, many colleges and research institutes, garrison town and Catholic archdiocese. New Delhi has Norwegian embassy.

In 2014, the World Health Organization (WHO) published a report on air pollution in 1600 of the world’s cities, and Delhi came at the top of the list of the world’s most polluted cities. The Indian authorities have introduced several measures in hopes of reducing some of the air pollution in the country. Among other things, cars were only allowed to drive every other day.

Old Delhi is located west of the Red Fort (Lal Qila) and is still often called Shahjahanabad, after the founder Shah Jahan. It is a densely populated city with narrow streets, surrounded by walls, built in the mid-17th century and fortified in the early 1800s by the British, who converted the towers into bastions. The red fort is located at Yamuna and is named after the red sandstone, which has provided building material for the 16-meter-high walls. It was built in the years 1628–1658 by Shah Jahan as emperor’s castle, and formed an entire city for himself.

The Red Fort was also called the Seventh City, as Shah Jahan was the seventh ruler who had built his own city here. When the British turned it into a citadel, much was destroyed, but architectural splendors still exist, such as the Hall for Private Audiences (Diwan-i Khas) and for Public Audiences (Diwan-i Aam) as well as the Pearl Mosque (Moti Masjid), erected by Shah Jahan’s son Aurangzeb, in white and light gray marble.

On the banks of the river just south of the fort, Rajghat has become one of India’s most sought after pilgrimage sites after Mahatma Gandhi’s funeral. To the southwest of the fort is Jama Masjid (1644–1656), India’s largest mosque and one of the world’s largest. It was built by Shah Jahan in red sandstone inlaid with white marble. The most important business street is Chandni Chowk (Silver Street), once known as “the world’s richest street”, now a lively bazaar street.

New Delhi is located southwest of Old Delhi. It was built in the years 1912-1929 and inaugurated as India’s new capital in 1931, the country’s eighth capital. With its regular city plan, the many parks and alleys, as well as the low and stylish public buildings, New Delhi stands in stark contrast to Old Delhi. The architect of the town plan, Edwin Lutyen, emphasized the laying of the street network so that the historical monuments of the old town are easy to look up. New Delhi therefore represents an interesting association of old and new. A wide boulevard runs between various public buildings; from the memorial of fallen Indians during the First World War, India Gate, to Rashtrapati Bhavan in red sandstone and marble, in its time the Viceroy, now the presidential residence. Southeast of India Gate is the Purana Qila Fort, built in the years 1538-1545, and south of it, Delhi Zoo.

Delhi has a multitude of monuments representing the various rulers. To the south of New Delhi is the approximately 70-meter-high minaret Quatab Minar, a victory monument of which Sultan Quatab-ud-din Aibak started construction in 1199 after his takeover of Delhi. The monument is listed on UNESCO’s World Heritage List from 1993. At the foot of the minaret is the Quawwat-ul-Islam Masjid, India’s first mosque, built in the 12th century.

South of the Delhi Zoo is a 16th century burial palace. This tomb palace holds the tombs of several moguls, including the great Mughal Humayuns (1508–1556), and it represents a style of construction that later reached highlights in Agra and Fatehpur Sikri. The city has a number of museums and galleries, including the National Museum, the National Gallery of Modern Art, the Railway Museum, the International Puppet Museum and the Nehru Museum. 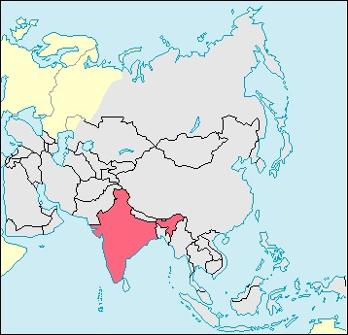