India is one of the world’s largest and most populous countries, and is often referred to as the world’s largest democracy. One of history’s first advanced civilizations emerged here more than 5,000 years ago. Economic growth has been tremendous since the year 2000, but India is characterized by a great deal of inequality, and a large part of the population lives in poverty.

India has over one billion residents and is the world’s second most populous country after China. The country is relatively densely populated, and the population consists of a number of different ethnic groups. 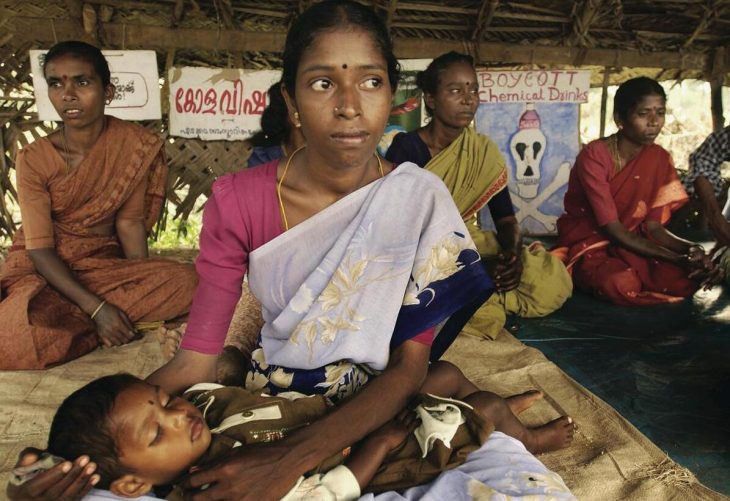 The population passed 250 million in the mid-1920s and 500 million in 1966. During 1999, the billion passed, and according to UN population statistics, the figure in 2014 was about 1.26 billion. Average life expectancy has increased significantly in recent years. While it was as low as 32 years in 1951 and 47 years in 1971, life expectancy in 2014 had risen to about 68.1 years for women and 64.6 years for men. The increase in life expectancy is due, among other things, to the effective control of many diseases such as tuberculosis, smallpox, cholera and malaria and a rapidly falling infant mortality rate.

Population of India by Year (Historical)

Major Cities in India by Population

Ethnic conditions in India are complex. Throughout history, immigration has led to a diversity of peoples, languages and cultural forms in the Indian subcontinent. Over the centuries, the peoples’ groups have interfered with each other so strongly that the individual groups cannot be clearly delimited.

In India, it is not ethnic origin or skin color that differentiates the ethnic groups, but primarily language. The languages, though showing a certain correspondence with cultural and ethnic differences, have also formed the basis for India’s division into states after independence.

Based on linguistic and ethnic criteria, it is common to divide India into three regional groups or zones, in addition to the Dravidian in the south: the central, the northern and the border zone in the north, northeast and east. In the central and the northern zone, indigenous languages ​​are spoken, and the individual language communities largely coincide with the division into states.

A number of different peoples live in the border zone. Along the southern slopes of the Himalayas, the population from the higher castes is Indo-speaking Pahari, while the people from the lower castes are of Tibetan-Burmese origin. In Assam’s border areas with Tibet and Myanmar, a number of people live in Tibetan-Burmese languages, such as naga, aka, dafla, apatani and lakher. Otherwise, there are tribal people in most regions of India.

Officially, 7.5 percent of India’s population is classified as tribal. The groups called tribes have in common that they usually live in relatively inaccessible jungle or mountain areas, speak their own languages ​​and, unlike the peasant population, otherwise do not practice plowing, but swearing. This farming is often combined with hunting and retrieval, in some cases also domestic livestock. Most tribal people are counted on the pre-Dravidian population, that is, their roots in the area go further back than the rest of the population.

The population picture is complicated by the distinction between the caste of Hindu India and other groups, some called tribes and other religious sects, such as Syrian Christians, Sikhs and Jainists.

The use of the term caste, tribe and sect is not very consistent, and in many cases can only be taken as a clue to the group’s origin. In conjunction with Hindus, all such groups are ranked according to ritual purity with reference to the Hindu categories Brahmans (priests), kshatriya (warriors), vaishya (traders), shudra (servants) and “untouchables”, as these categories are prescribed in Hindu Holy writings.

Through this process, the most diverse peoples are integrated into the Indian community, although this integration varies in form and degree. From a Hindu point of view, all the units are cast, while the groups themselves may think that they are outside or in direct opposition to Hinduism. This is true of many Christian and Muslim sects, and some of the larger tribal communities, such as Santals.

According to the Indian Constitution, the caste system does not exist. Nevertheless, it still largely determines the Indians’ social, political and occupational affiliation, although it is slowly eroding among the middle class in the big cities.