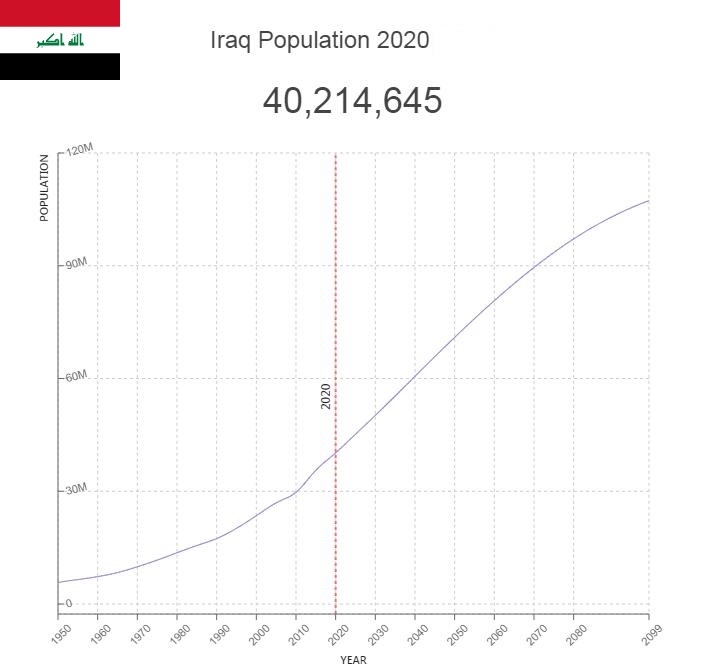 In 2003, Iraq’s single leader Saddam Hussein was overthrown, following a US-led invasion of the country. It has created various militant groups that often go along ethnic and religious divisions, and for years Iraq has been characterized by war and terror.

The population of Iraq is about 40 million. The average annual population growth is 2.6 percent. The average life expectancy is 77 years for women and 73 years for men. 40 percent of the population is under the age of 15, and over 70 percent live in cities. Three cities have over one million residents: the capital Baghdad (with around 6.6 million); Mosul in the north (1.5 million) and Basra in the south (1.3 million). 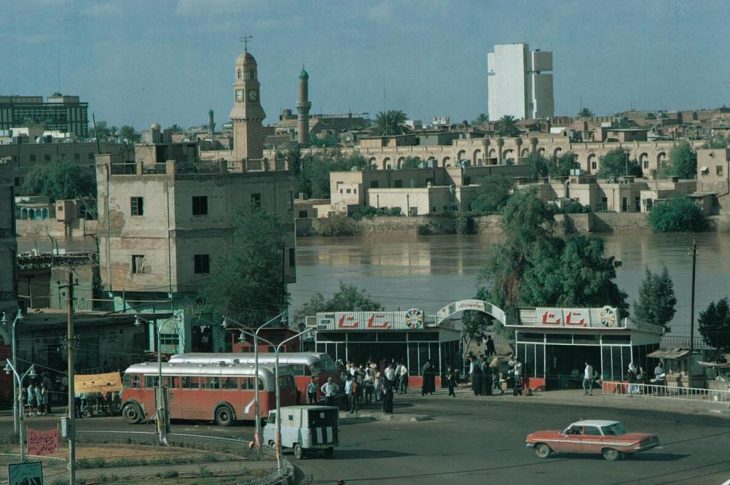 Although different ethnic groups have invaded Iraq over time, the ethnic, cultural and linguistic population is predominantly Arabs: this group accounts for 75–80 percent of the population, while the second largest – Kurds – constitute 15–20 percent.

The Kurds live in the mountains in the north-eastern part of the country, and in the adjacent border mountains in Iran and especially in eastern Turkey. The Kurds already demanded autonomy in the 1920s. A Kurdish autonomous area was created in 1974-75, but without real autonomy. Kurdish organizations established their own autonomous territories in 1991 (Dahuk, Irbil and Sulaymaniyah) and in May 1992 a Kurdish legislative assembly was elected. In addition, there are several small minority groups; Turkmen, Armenians, Christian Syrians, Sabans and Shabakers. The Jewish people group has emigrated to Israel, and the former large Persian (Iranian) group almost halved between 1969 and 1975, when over 65,000 were expelled from the country.

In the Arab majority, there are significant contradictions. These are partly due to ancient tribal relations, but first and foremost the population belongs to two different groups of Islam. More than 60 percent, mainly in the southern part of the country and along the Euphrates, are Shia Muslims. The other part is mostly Sunni Muslims. These live especially in Baghdad and in the northern part of the country. There have been tensions between Shia and Sunni groups on several occasions. While the Baath regime, until 2003, was Sunni-dominated, the regime change as a result of the US invasion – and the outcome of subsequent elections, won by constellations based on the Shi’a majority – led to these contradictions coming to the surface.

The most densely populated parts of the country are the river plains around the Euphrates and Tigris, with up to 500 residents per km2. The southern and western desert regions, on the other hand, are almost empty. Some Bedouin tribes still live as cattle herds in the desert.

Population of Iraq by Year (Historical)

Major Cities in Iraq by Population

The official language is Arabic, spoken by about 80 percent of the population. In the areas in the northeast, a significant minority of Kurds have Kurdish as their mother tongue. Kurdish has since 1972 been equated with Arabic in education and administration in these areas. Furthermore, there are smaller groups of people who speak Turkish and Iranian languages, Armenian and Syrian.