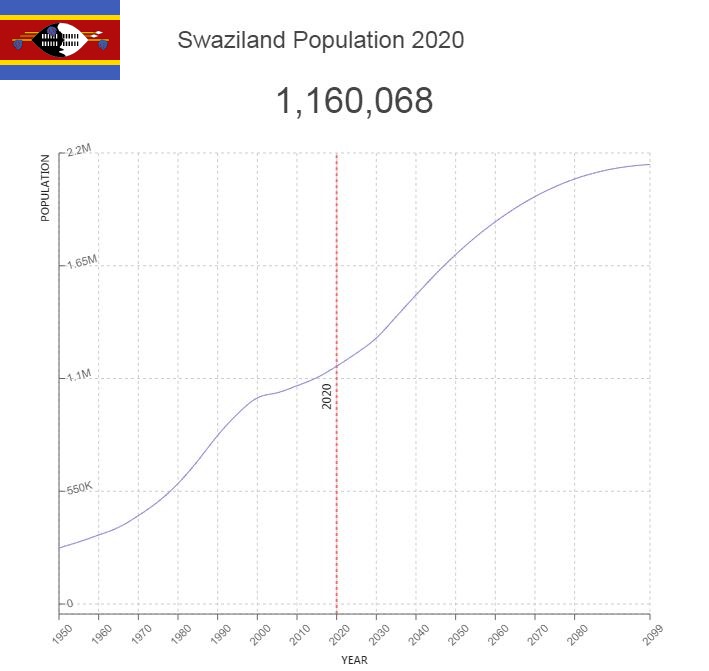 ESwatini is one of the last monarchical kingdoms in the world. The king decided in 2018 that the country’s name should be changed from Swaziland to eSwatini. Large inequalities between poor and rich characterize society.

The population was estimated at 1.1 million in 2006, and annual population growth to 1.0% (1994–2004). High birth rates and declining mortality have resulted in high natural growth and a “young” population; 40% of the population is under 15 years of age. Life expectancy has declined sharply in recent years. According to the World Health Organization, life expectancy for women was 39 years in 2004 (up from 61 a decade earlier), and 36 years for men (up from 53 years earlier). UN calculations from 2005 estimate that 1/3 of the adult population living with HIV/AIDS. 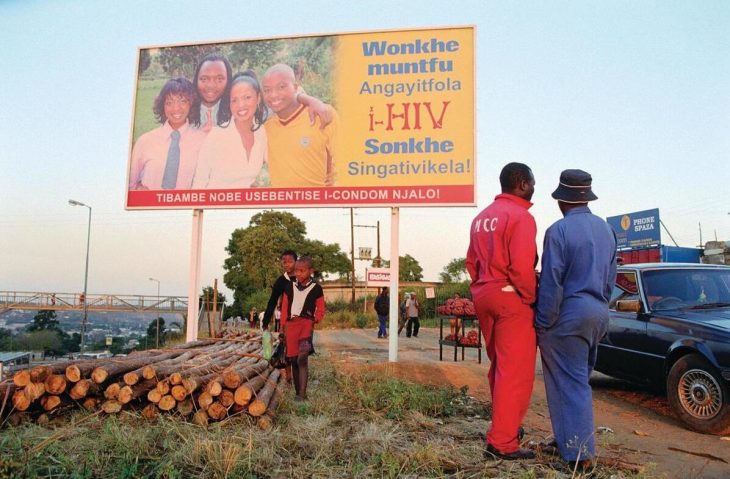 Nearly half of the population is concentrated in the fertile Middleveld, while the dry Lowveld has little settlement. 27% of the population lived in urban areas (2001). The capital Mbabane is the country’s largest city (73,000 residents, 2000).

Population of Swaziland by Year (Historical)

Major Cities in Swaziland by Population

About 52% of the population belongs to independent African churches, approximately 22% are Protestant Christians, approximately 8% are Catholic. Other local, traditional religions.

The country has two official languages: English and Swazi (Siswati). Swazi is a bantu language that belongs to the Niger Congo languages. Smaller groups speak other bantu languages ​​such as thonga (tsonga) and zulu.