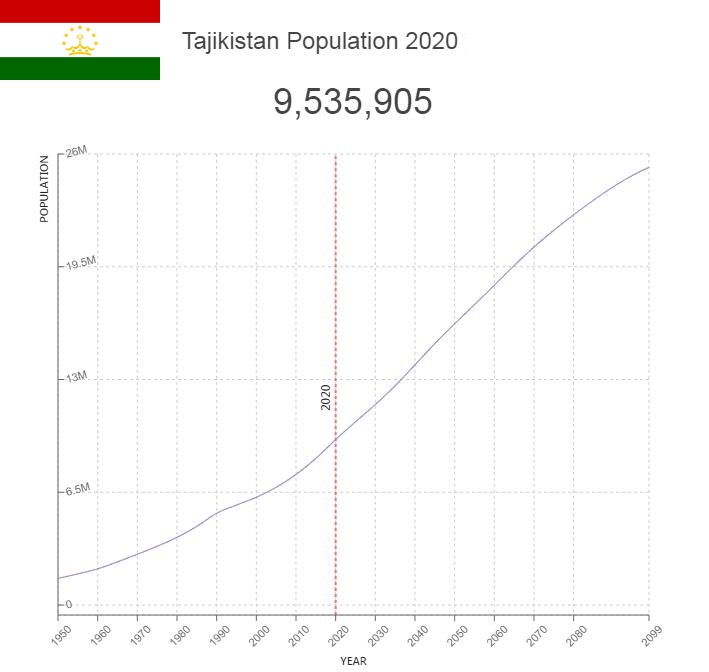 Tajikistan is the poorest of the former Soviet republics of Central Asia. Since independence in 1991, the country has been characterized by civil war, dictatorship and widespread poverty.

Tajikistan Population 8 295 840 (2017). Like other Central Asian republics, Tajikistan has traditionally had a high natural population growth, due to high birth rates and low mortality, and the country has a “young” population. Life expectancy for women is 64 years for men and 71 years for women. Civil war and natural disasters in the 1990s hit the population hard. 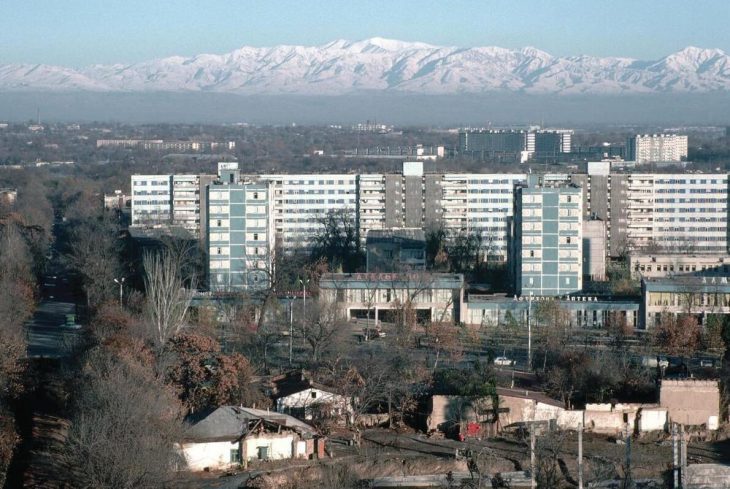 The ethnic composition consists of: 79.9 percent Tajiks, 15.3 percent Uzbek, 1.1 percent Russians and 1.1 percent Kyrgyz. The proportion of Russians has declined sharply since independence, but in 2005, Russian was reintroduced as compulsory school.

Most Tajiks live in villages, qishlaqs. Because of many mountains with steep mountain sides, the houses are often built so that the flat roof forms the garden of the house above. Major cities are the capital of Dushanbe, Khudzhand (Khodsjent, formerly Leninabad), Kuljab and Kurgan-Tjube.

Population of Tajikistan by Year (Historical)

Major Cities in Tajikistan by Population

The majority of the population are Sunni Muslims and belong to the Hanafi Law School. However, there is an Ishmaelite minority (branch of Shia Islam). Sufism, and especially the Naqshbandiyya Brotherhood, has a long history in the country and is still widely used. The Soviet regime waged an intense campaign against Islam, but without success; in 1989 the country had 17 registered mosques, after independence in 1991 the number of registered mosques was 3000.