Dušanbe, Tajikistan Capital, 820,600 in. (2016). Dushanbe is the largest city in Tajikistan. The name originally comes from a large market held in the area on Mondays, hence the name Dusjanbe, which means “Monday”.

Dushanbe is an important transport and industrial center. There are cotton and silk spinners there, as well as the food and machinery industries. Dushanbe also houses the State University (1948), the Academy of Sciences (1951) and several other higher education institutions.

In 1929, the city was named Stalinabad, after the then Soviet leader Josef Stalin. The city also retained its name after Stalin’s death in 1953, but regained its original name of Dushanbe in 1961. Before World War II, ethnic Russians constituted the majority of the population of Dushanbe (Stalinabad), with about 56%. The number of Russians gradually declined every decade, and is currently around 2.6% (2010). At the same time, it is estimated that the proportion of ethnic Tajiks in the Tajik capital is around 89.5% (2010).

Like the rest of Tajikistan, the capital of Dushanbe was also strongly influenced by the civil war in the country during the period 1992-1997.

In recent years, many historic buildings from the Soviet period have been demolished in Dushanbe to accommodate new buildings, including apartment complexes and shopping malls, but also for prestige projects commissioned by Tajikistan’s President, Emomali Rahmon. 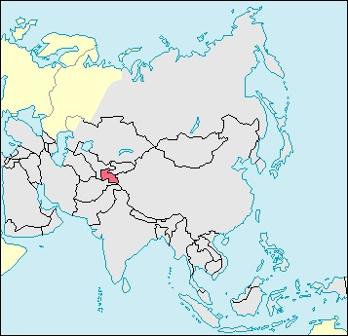