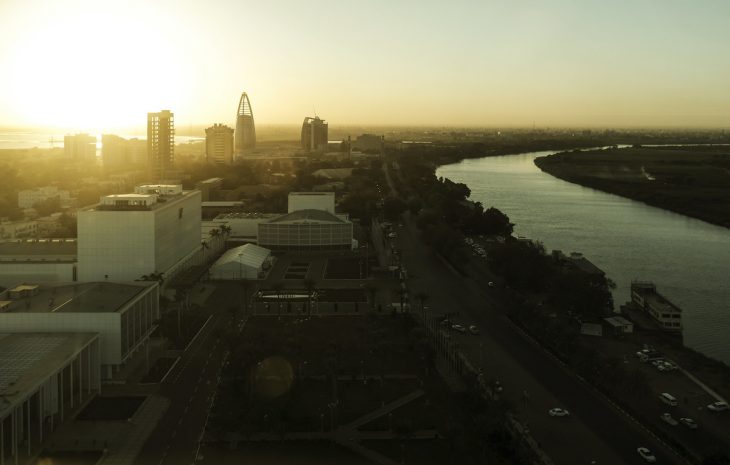 Khartoum is the capital and largest city in Sudan, and is located on the south-west bank of the Blue Nile, just south of the confluence of the White Nile.

On the western bank of the Nile just north of the confluence of the two rivers lies the neighboring town of Omdurman, while Bahri or Khartoum-North has grown on the northeast side of the Blue Nile. The development of the city is enormous, and it has incorporated neighboring towns such as Kadero in the north and Soba in the southeast. In this metropolitan area, there are 5 129,000 residents (estimate for 2015, UN Population Division).

Khartoum is an important transport and trade center, including the textile and food industries. An international airport is located in the city center, but a larger airport is under construction south of Omdurman.

The largest mosque in Khartoum was built by the Turks and is located in the city center. There are also cathedrals for the Greek Orthodox, Anglican and Roman Catholic faiths, as well as Coptic, Armenian, Greek Orthodox and Maronite churches.

The city center has many wide streets, parks and beautiful buildings, including the country’s parliament and several museums; National Museum, Ethnological and Natural History Museum. There has been considerable development in recent years, and new projects are underway, including in the area of ​​al-Mogran, where the Blue and White Nile meets, with amusement parks, modern high-rise buildings, hotels and shopping malls. However, much of the city is characterized by poverty, simple, low-rise houses and unpaved streets. Three new bridges have been built across the Nile, and together with the two old ones (from the time of the condominium) this relieves some of the huge traffic problems the city has.

Khartoum was founded in 1820 by Muhammad Ali, and became the capital of Egyptian Sudan in the 1830s. The city became an important center for the slave trade. In 1885, it was captured and destroyed by the Mahdists, at the same time as the British General Governor of Sudan, General Gordon, was killed. After Lord Kitchener’s reconquest in 1898, Khartoum was rebuilt as a modern city, and was the capital of the British-Egyptian condominium until 1956, when the city became the capital of independent Sudan.

Storms, civil war and famine have at times resulted in a huge influx of refugees into the city. The food and water supply, the sewage network and the communication lines have several times completely collapsed. 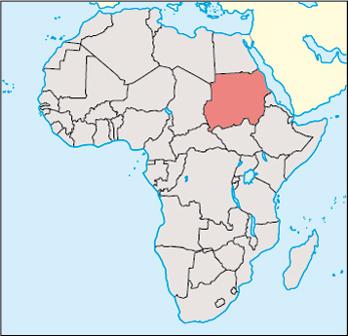