Malé, capital of the Maldives, on the island of Malé (1.8 km2) in the Kaafu Atoll; 133 412 residents (2017). The city is the Maldives trade and administration center. Here is the country’s central court, a state hospital and public and private schools. Mann International Airport has both domestic and international air traffic.

The city has many mosques. The largest is from 1984, with a 35 m high golden dome and a 44 m high minaret; the oldest is Hukuru Miskily, the “Friday Mosque”, originally from the 12th century, but rebuilt ca. 1650. The town has a palace from 1913 and a national museum.

In December 2004, much of the city was flooded after the Maldives was hit by a major tsunami triggered by an earthquake in the Indian Ocean near Indonesia.

With a population of over 133,000 living within 5.8 square kilometers, Malé is one of the most densely populated islands in the world. 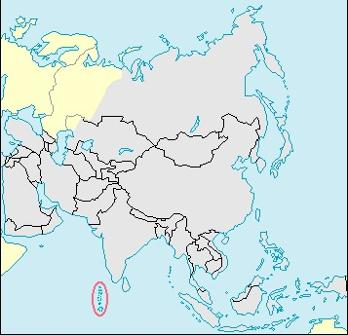