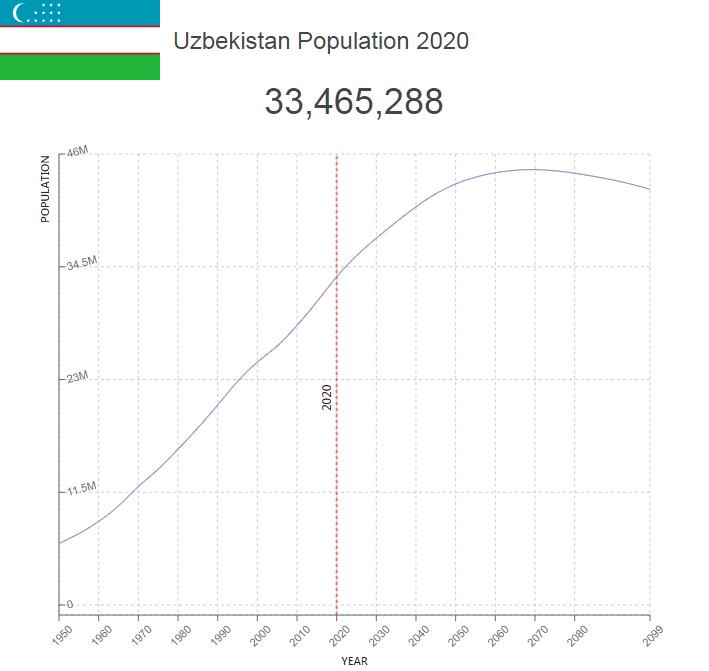 Uzbekistan is the most populous of the former Soviet republics of Central Asia. The country has had authoritarian and monotonous rule since independence from the Soviet Union, and is struggling with widespread corruption and poverty. 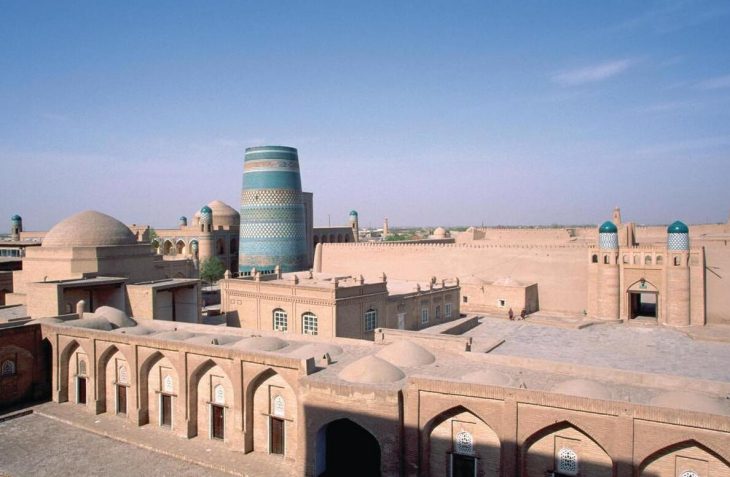 Large areas of the country are empty. Relatively many live in rural areas, less than 40% live in cities. The densest settlement is found in the eastern part of the country, especially in the Fergana Valley and surrounding valleys, as well as along Seravshan in the south central part. Major cities are the capital Tashkent, Namangan, Samarkand and Andijan.

Population of Uzbekistan by Year (Historical)

Major Cities in Uzbekistan by Population

Uzbek is the official language and is spoken by about 3/4 of the population. It is written with the Latin alphabet. Important minority languages ​​are Russian, Tatar, Tajik and Kazakh.

The majority of the population (88%) are Sunni Muslims and belong to the Hanafi. The country has several active Sufi fraternities, Naqshbandiyya and Qadiriyya being the largest (see Sufism). After 1991, Soviet restrictions on religious activities were lifted (restrictions on mosque buildings, religious training, etc.). Mission promotions from Saudi Arabia and Iran, as well as a general interest in parts of the people for religious activism, led to a ban on organized political-religious activities in the 1990s, and the authorities crack down on Islamic activists. The country has several life-style minorities: Russian Orthodox Christians make up 1%, the Jewish minority 0.2%, non-religious or without religious affiliation counts 10.8%.