Uzbekistan, Central Asia State; 447,400 km2, 33 million residents (2019).Uzbekistan borders on Kazakhstan in the north and northwest, in the east to Kyrgyzstan and Tajikistan, in the south to Afghanistan and in the west to Turkmenistan. Administratively, Uzbekistan is divided into 12 counties as well as the capital and the Karakal package. The capital is Tashkent (2.4 million residents, 2014).

The western part of Uzbekistan is a very flat lowland, while the eastern part consists of mountain scenery. Around the Aral Sea in the northwest stretch parts of the Turan plain, which in the east turns into the desert Kyzylkum. The fertile Fergana Valley and several oases have a network of irrigation channels. The country has a desert climate in the west and a steppe climate in the east.

The Constitution gives the President very great powers of power, and in practice the country is ruled by the President as well as the reformed Communist Party, which completely dominates political life. According to the constitution, the president is to be elected in general elections every seven years. Formally, the legislative power lies with Parliament, which has a five-year term. The country became independent in 1991, when the Soviet Union disbanded.

Uzbekistan has had major economic problems since independence. Prior to independence, large parts of the business community were built around cotton production. The country’s economy is still closely linked to the cotton industry, but the gas and mining industry (gold and uranium mining) is also of great importance. 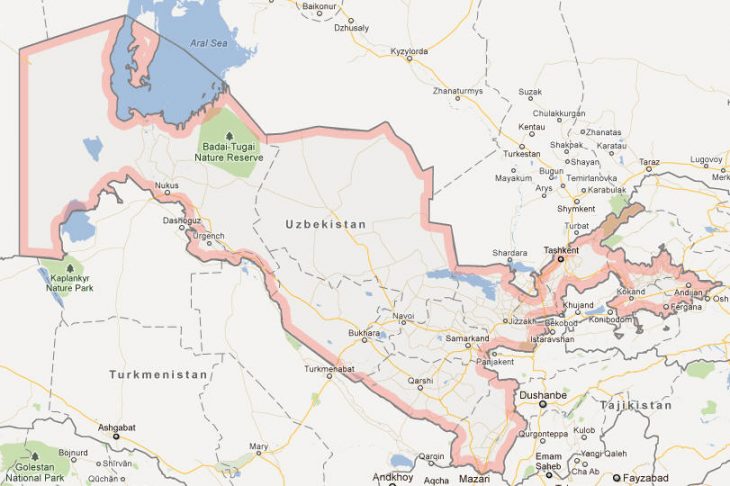