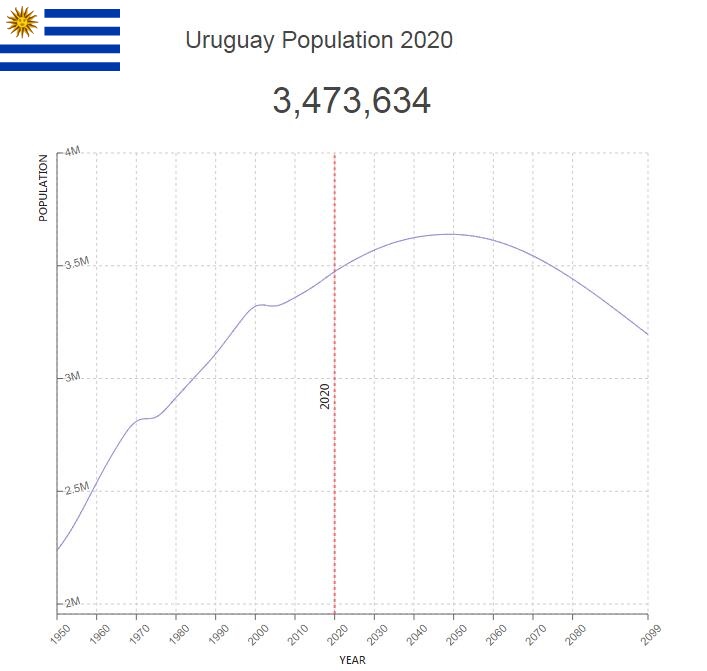 Uruguay is among Latin America’s most successful countries in many areas. This may be partly because the land was not utilized to the same extent as other former Latin American colonies. 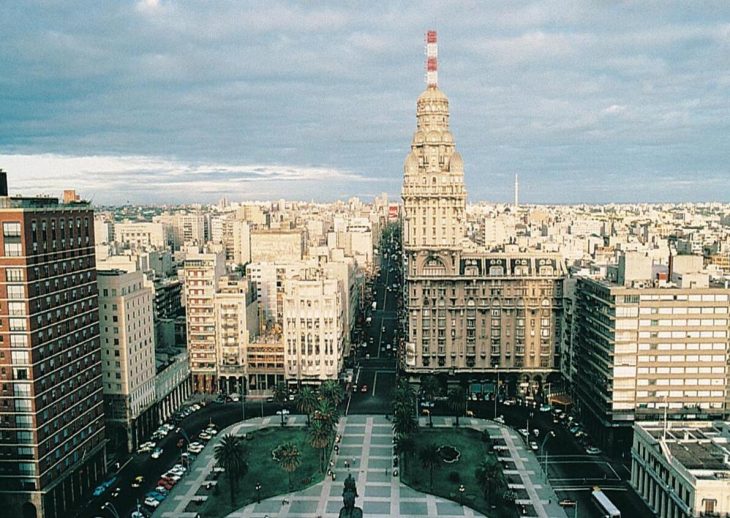 Uruguay differs from most other countries in South America in that it has had low birth rates for a long time. The birth rate in 2019 is expected to be 12.19 per thousand residents, while the death rate is estimated to be 9.39. The average age of first-borns is 27.82 years. In 2004, 0.37 percent of those who gave birth to children under 15 years of age, while 14.84 percent were between 15 and 19 years of age.

Population of Uruguay by Year (Historical)

Major Cities in Uruguay by Population

Prior to independence, Uruguay was very sparsely populated. Between 1836 and 1926, approximately 648,000 immigrants, most from Italy and Spain. In the latest official census, 90 percent of Uruguay’s population define themselves as white, 6 percent as blacks, 3 percent as “Native Americans,” 0.4 percent as Asians, while the rest have not answered this question (INE, 2011) Of the indigenous populations there are only a few traces left; the charrua died about 1830, and of the guaranese there are only a few families left.

The official language is Spanish. Along the border with Brazil is a mixture of Spanish and Portuguese, often defined as portuñol.

In Uruguay, the state and church are separate, and the constitution states full religious freedom in the country. The Catholic Church has a population support of approximately 77 percent. There are minorities of Protestants (Adventists and Baptists), Jews and Baha’is.