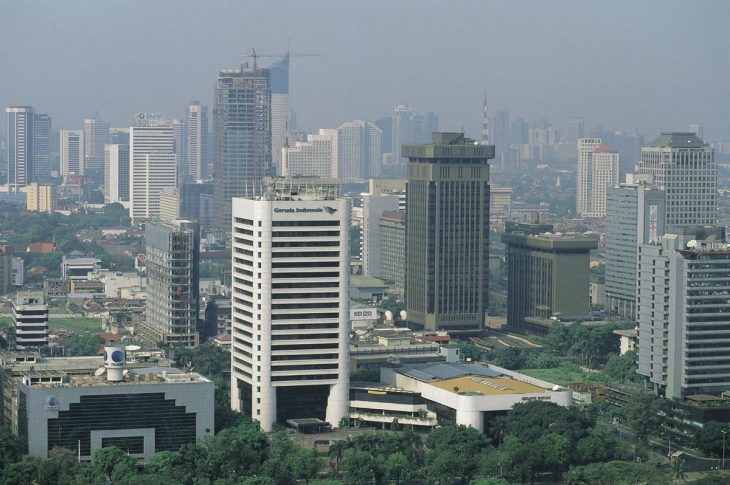 Jakarta, the capital and largest city in Indonesia, on the northwest coast of Java, at the mouth of the Ciliwung River. Jakarta is a separate metropolitan area with provincial status. The province has an area of ​​661 km2 with 10.2 million residents and a population density of 14 464 per km2 (World Population Review 2014).

The town is located on a low, flat coastal plain facing the Gulf of Jakarta and has a hot and humid climate. It also includes Pulau Seribu, a group of over 100 small tropical islands northwest of the city.

The city is mainly an administrative, commercial and financial center. Extensive industrialization has taken place in the suburbs around the city since the 1980s with the help of foreign capital. The city is furthermore the seat of the state university and a number of other higher education institutions as well as the headquarters of Indonesia’s mass media. Jakarta also has a significant film industry and is the seat of a modern theater college. The informal sector comprises about 70 per cent of the working population.

The city center has moved in line with the historical development from the coast in the north and inwards towards the interior in the south. The old town of Kota, near the coast, was built according to old Dutch customs with canals and wind bridges in the swamp area. The modern center is built around Medan Merdeka, ‘Freedom Square’, further south. Here is the presidential palace, ministries, the national monument (110 meters high), the national museum and the main railway station.

Further south, along the pulse years of Jalan Thamrin, Jalan Sudirman and Jalan Rasuna Said, a number of skyscrapers have grown up as the country’s rapid economic growth. There are financial and trade institutions, international hotels and large shopping malls. The theme park “Taman Mini Indonesia Indiah” in the southeast contains examples of building customs, handicraft traditions and clothing from all the provinces of the country.

The structure of the city has contributed to several environmental problems. Among other things, the city suffers from a poorly efficient transport system and almost all public transport takes place by diesel buses. As a result of economic growth, the number of cars increased by over 200,000 per year in the first half of the 1990s and has now reached about 5.5 million cars (Universitas Indonesia). Despite attempts to limit car traffic, air pollution problems have become significant.

The flat landscape creates problems for the drainage system, so Jakarta is often hit by floods. Most of the city is also without an effective sewerage and water supply system. The modern Soekarno-Hatta International Airport 35 kilometers west of the city center has air connections with most major cities in East and Southeast Asia as well as Europe, North America and Australia. Tanjung Priok eight kilometers northeast of the city center is the country’s largest and most important port.

The town’s history dates back to the early 16th century, when the Sultan of Bantam triumphed over the Portuguese there and called the place Jayakarta (“The Magnificent Fortress”). The Dutch, under the leadership of Jan Pieterszoon Coen, conquered and destroyed the city in 1619 and built a new walled city, Batavia. In the 18th century, Batavia’s prosperity was reduced, partly as a result of unrest under the Dutch government. During the Napoleonic Wars, the city was occupied by the British, but returned to the Netherlands in 1814. During the 19th century, the city’s prosperity grew due to the cultivation of imported growths such as coffee, quinate (quinine) and rubber.in Java. The Japanese occupied the city in 1942–1945 and named it Jakarta.

Since the country became independent, the city has experienced tremendous growth, and Jakarta has become one of the largest cities in Southeast Asia. The influx of poor from rural areas has created enormous problems, including when it comes to housing, and an estimated 3 / 4 of the population lives in the village-like slums (kampong), which lacks the most basic sanitary installations. Big and violent riots in connection with the economic crisis in 1998. The city was hit hard by the economic crisis that hit Asia in the late 1990s. Over 500 people were killed in Jakarta during riots in 1998 which eventually led to the fall of the Suharto regime. Ethnic riots also led a large number of Chinese to flee the city and the country. Jakarta was also hit by the aftermath of the attack at the World Trade Center in New York. In 2003, 18 people were killed during an attack on an international hotel, and in 2004, 9 people were killed during an attack on the Australian embassy.

Planning of the relocation of the capital

In 2019, President Joko Widodo announced that the government plans to move the country’s capital from Jakarta to the eastern part of Kalimantan. The president justified this, among other things, that 40 percent of Jakarta has fallen below sea level. He also pointed out that the city is frequently exposed to floods and that traffic jams cause major financial losses. 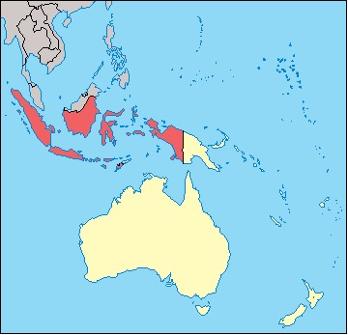