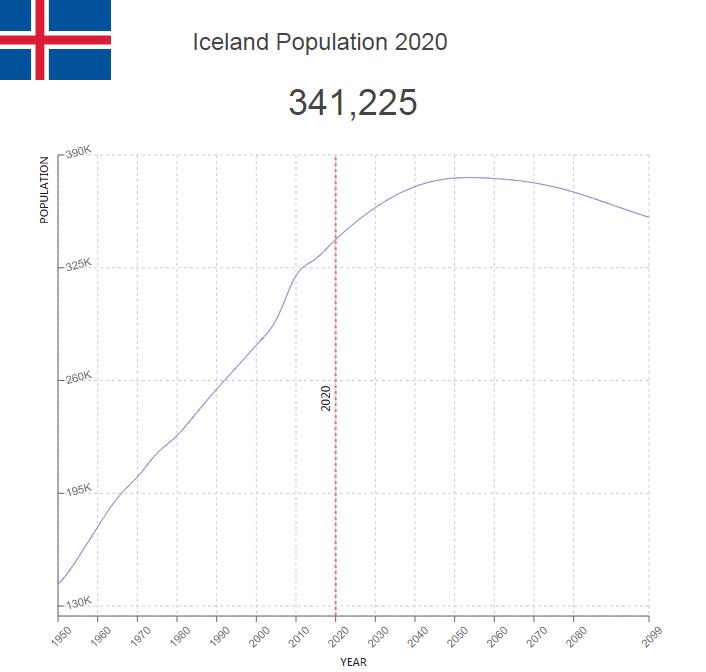 Iceland is a volcanic island with hot springs, geysers, glaciers and dramatic nature. The country’s economy is improving today, after being hit hard by the global financial crisis in 2008.

In 2016, Iceland’s population was estimated at 332,000 residents, annual population growth to 0.7%. The birth surplus is relatively high compared to the other Nordic countries. Life expectancy at birth is 83.7 years for women and 80.7 years for men in 2016, and is among the highest in the world. 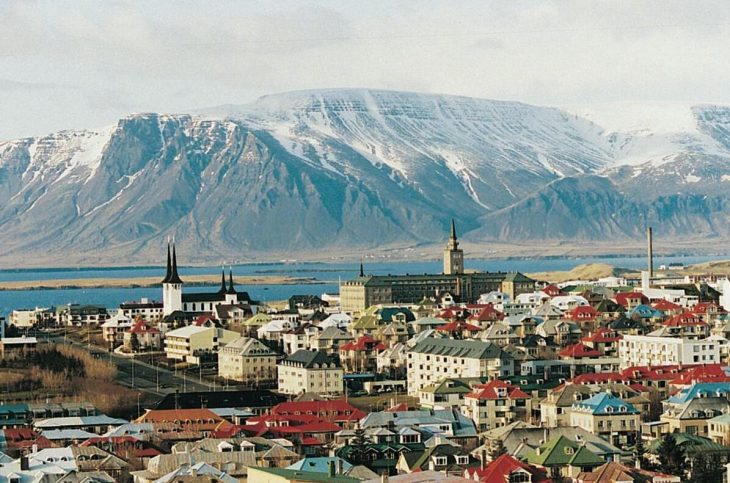 Iceland was first colonized from Norway in the 800s and 900s, and the population is of mixed Nordic and Celtic origin. Iceland has distinctive names. Family names are rare, and new family names are prohibited by law. The children take the father’s name as a last name, with the addition of son, ‘son’, or daughter, ‘daughter’. Married women do not take the man’s last name, but always retain their own last name. Foreigners who obtain Icelandic citizenship must, according to current law, take Icelandic name.

Population density averages just 3.2 residents per km2, but the bulk of the country’s population is concentrated in the southwest. Most Icelanders live in cities and towns, especially in Reykjavík, which with its suburbs has more than half of the country’s population. The population concentration of the cities has been strong throughout the 20th century. At the turn of the century, almost 20% of the population lived in cities. The capital of Reykjavík is the only major city. Akureyri is the most important trading center for Northern and Eastern Iceland.

Population of Iceland by Year (Historical)

Major Cities in Iceland by Population

Since the constitution of 1874, there has been full religious freedom, at the same time the Evangelical Lutheran Church is a national church and supported by the state. It includes approximately 93% of the people. About 5% belong to other Christian denominations, ie Free Churches and the Catholic Church (own bishop in Reykjavík). The remaining are members of smaller religious communities, including the faith community, or do not belong to any religious community.

The folk church is a state church, but the church’s own organs have a great influence; the congregations have much to say in the choice of pastor, and since 1957 there have been annual church meetings with the representation of both pastors and lay people. Iceland’s only bishop lives in Reykjavík; should he die in office, consecrated bishops (two priests ordained for this task) will dedicate his successor. The country has 16 prostitutes, 115 priests and 285 parish.

Christianity came to Iceland in the 800–900s. In the year 1000, the Parliament decided that Christianity should be Iceland’s religion. Two bishopric seats were established: Skálholt (1056) and Hólar (1106). The Reformation was introduced with the compulsion of the Danes approximately 1540, and one got a state church under the strong control of the king of Denmark. The New Testament was translated into Icelandic in 1540, the entire Bible 1584. Important persons in Lutheran piety were psalmist Hallgrímur Pétursson and bishop Jón Vídalín. Towards the end of the 18th century, the two bishopric seats were merged into one, in Reykjavík. With the constitution in 1874, full religious freedom was introduced, but it was decided that the Evangelical Lutheran Church should have a special position in relation to the state.

The official language is Icelandic. For historical reasons, Danish language has a strong position in Iceland, and students start with Danish in sixth grade. For a long time Danish was the first foreign language, but now the students start with English as a second language from the fifth grade.