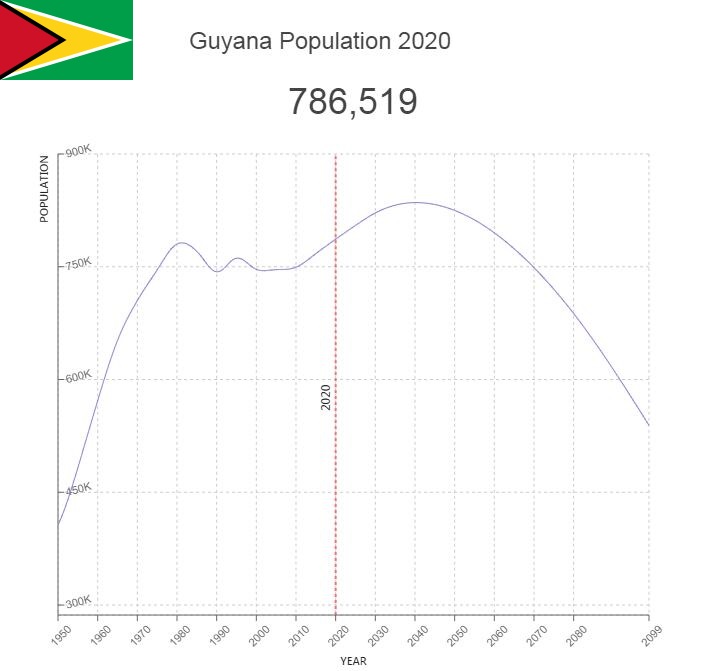 Guyana is rich in natural resources, but is one of South America’s poorest countries. Ethnic conflicts between the descendants of Indian workers and African slaves have characterized society since independence. 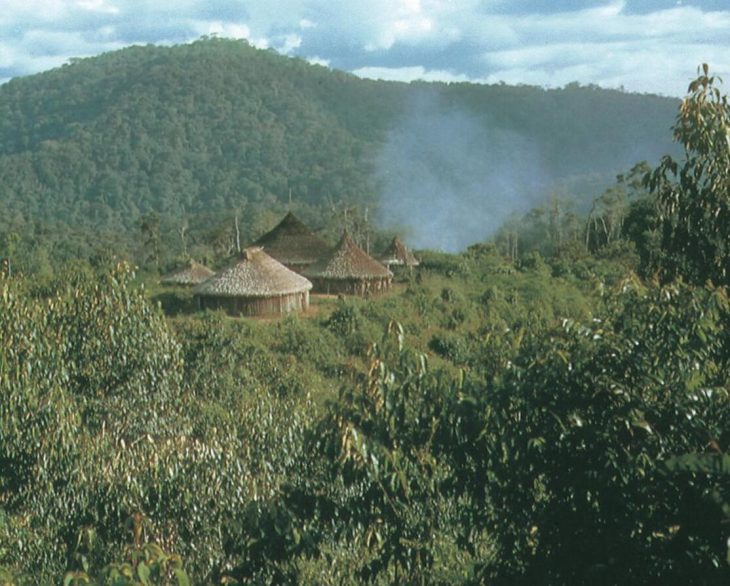 Guyana calls itself “the land of six peoples”. Indians, descendants of contract workers from India, make up well over half of the population. Most Indians are farmers and live on the coastal plain. Descendants of African slaves form the second largest group (36%), and live mainly in the cities. Originally, the Guyana area (Guyana, Suriname and French Guiana) was inhabited by Caribbean and Arawak speaking people. Over 100 named people or tribes have been registered since the conquest. Most of these have disappeared, but there are still smaller enclaves of Indians in Guyana. Some groups, such as akawaio and wapixana, are relatively populous. Most Indians live in the rainforests inland. The rest of the population are Lebanese, Chinese, Europeans (Portuguese, British) or people of mixed backgrounds.

The country is very sparsely populated (3.3 per km2), and 90% of the population lives along the coast, most of it in the countryside. The capital Georgetown is the only major city with 235,000 homes (2004).

Population of Guyana by Year (Historical)

Major Cities in Guyana by Population

The official language is English. The spoken language is mostly Creole based on English. Otherwise, there are smaller language communities that speak Native American languages, Hindi and Urdu.

Christians make up approximately 52%: approximately 35% are Protestants (Anglican Church, Pentecostal and Adventist) and approximately 17% are Catholic. 34% are Hindus, 9% are Muslims, 2% belong to Bahai and 3% are spiritualists.