Georgia’s location between Europe and Asia has enabled the country to be occupied and invaded by a variety of realms and peoples. Since independence in 1991, the country has been characterized by economic crisis, war and major internal disagreements. 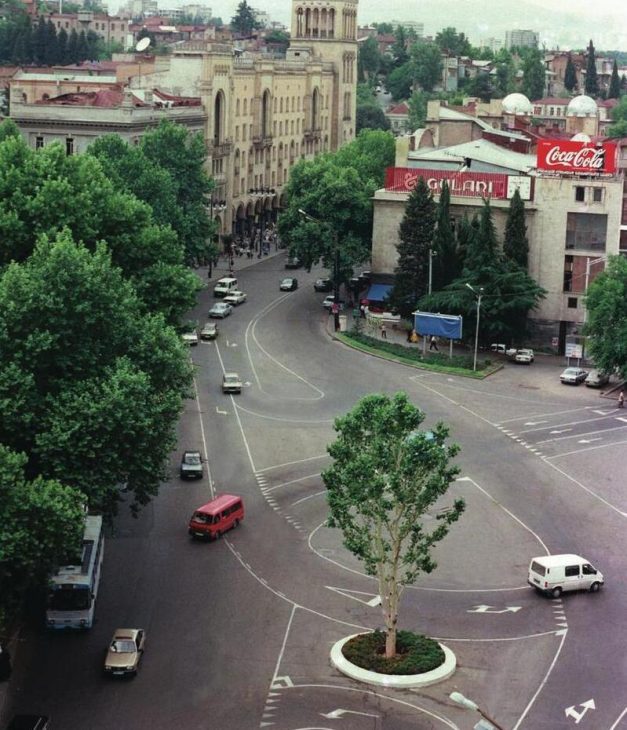 Population of Georgia by Year (Historical)

Major Cities in Georgia by Population

There has been an ethnic homogenization process throughout the post-war period. Going back to the census of 1959, 64.3% of the population were Georgians, 11% Armenians, 10% Russians. Twenty years later, in 1979, the percentage of Georgians had increased to 68.75%, the proportion of Armenians had dropped to 9.97% and Russians to 7.4%. In 2008, the percentage of Georgians had risen to over 83%, while Armenians were down 5.7% and Russians 1.5%. Also many Ossetians, Ukrainians, Greeks and Jews have emigrated. The Russian population is primarily concentrated in Tbilisi and Abkhasia. A large part of the Georgian-Minglish population of Abkhazia emigrated to Georgia after 1993.

The Autonomous Republic of Abkhazia consists mainly of Turkish-related population groups. In the other autonomous republic, Adzaria, the largest population is Muslim Georgians. Large parts of the population in the autonomous region of South Ossetia have East Iranian roots.

The Republic is relatively densely populated with 67.3 residents per km2. Most live in the lowlands of the Black Sea and in the Suram Highlands. The capital Tbilisi is the largest city, other major cities are Kutaisi, Rustavi, Batumi and Sukhumi.

The official language is Georgian, which is the mother tongue for approximately 3.9 million of the country’s residents. Georgian belongs to the South Caucasian languages ​​and is written with the Georgian alphabet, developed on the basis of the Aramaic and Greek alphabets. Other South Caucasian languages ​​in Georgia are Minglish (about 400,000), Lasic (about 2000) and Swan (about 35,000). There are also minorities with Russian, Armenian and Azerbaijani speakers. In Abkhasia, approximately 18% abkhasiskspråklige, in South Ossetia are talking 2/3 of the population, the Iranian language Ossetic.