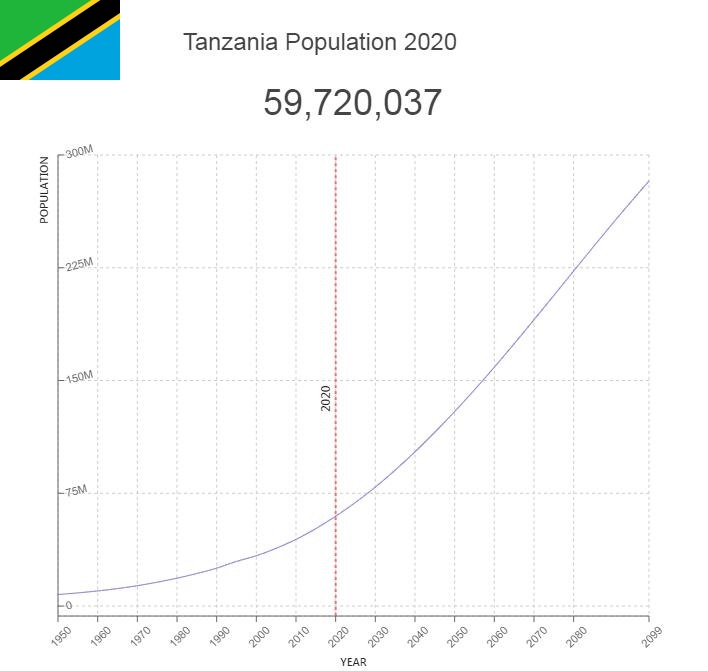 Tanzania is among the poorest countries in Africa and the economy has been largely characterized by corruption. The country depends on aid and loans, but after several corruption scandals, several donors have withheld their contributions. 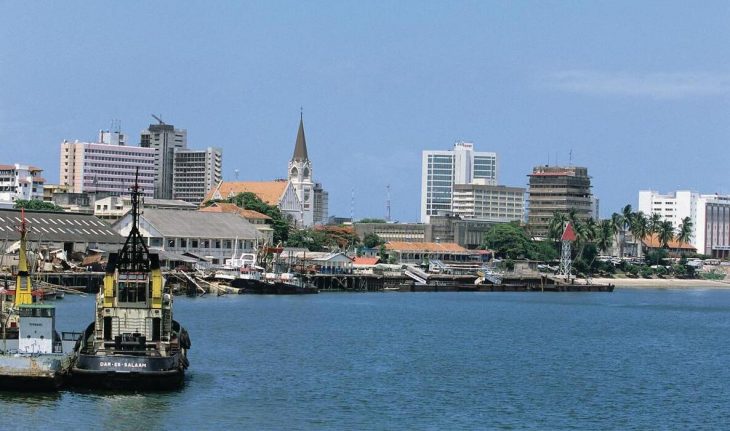 According to the World Health Organization, life expectancy is 62 years for women and 60 years for men (2013), up from 49 and 47 years in 2005. An important cause is the prevalence of HIV/AIDS that is now on the decline. An estimated 5 percent of the population aged 15-49 is now infected with the virus.

Population of Tanzania by Year (Historical)

Major Cities in Tanzania by Population

On the mainland (ie Tanganyika) the population is mostly Bantu people (more than 100 different groups of people), but none of the groups are large enough to dominate. Among the larger groups are sukuma, nyamwezi, makonde, chagga, hima, ira, hehe, gogo, ha and nyakusa. About 1 percent of the population is Indian and Arab, most of whom live on the islands of Zanzibar and Pemba. Tanzania has on several occasions received hundreds of thousands of refugees from neighboring Rwanda and Burundi.

Tanzania is one of Africa’s least urbanized countries. In 2013, 28 percent of the country’s residents lived in cities; the urban population is increasing. The urbanization rate is higher in Zanzibar than on the mainland. The settlement is largely controlled by soils, climatic conditions and the presence of the tsetse fly. Population density is highest around the Great Lakes, the Highlands and other water-rich areas such as the coastal areas of the Indian Ocean and the islands of Pemba and Zanzibar. The largest city is Dar es Salaam with around 5 million residents (2015). The capital Dodoma has approximately 214,000 residents (2012).

Christianity has a population support of around 50 percent, of which about 31 percent are Catholics and about 19 percent are Protestants and Anglicans. Islam has a support of about 33 percent. By the way, there are minorities of Hindus, Jainists and Buddhists. Supporters of local, traditional religions have been reduced from 32 percent to 13 percent in recent decades.

The Lutheran Church in Tanzania has over 1 million members and is one of the largest in Africa.

Swahili (Kiswahili) and English are official languages. Swahili is understood throughout the country. English is widely used in administration, teaching and trade, but is not understood by most Tanzanians. More than 95 percent of the population speak different bantu languages, a total of about 100 languages. The most important of these, besides Swahili, are sukuma, nyamwezi, nyakyusa, hehe, chagga, haya, gogo, makonde and ha. In the north, there are some Nilotic languages, including masai, besides some Cushitic languages. In central Tanzania, there are also Sandawe and hadza, belonging to khoisanfamilien.