Where is Tanzania located on the map? Tanzania is an independent nation located in Eastern Africa. Check out the following images to see location of Tanzania on maps. 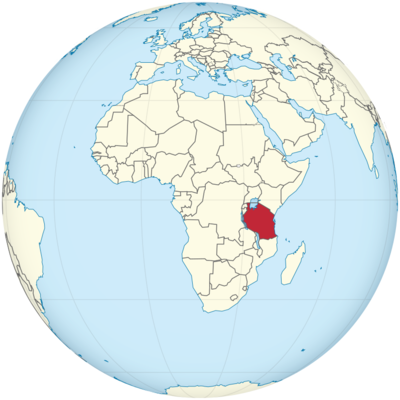 Tanzania is located on the east coast of Africa. With an area of ​​945,087 square kilometers, Germany fits almost three times into Tanzania.

A long coast stretches along the Indian Ocean, palm trees bloom here and the land is largely flat. In the north there is a savannah landscape and in the south there is a plateau. The East African Trench runs through the middle of Tanzania. In the west is the Central African Trench.

Here you can see the location of Tanzania on the African continent.

Perhaps you’ve heard of Kilimanjaro before ? Strictly speaking, Kilimanjaro is not a single mountain, but consists of three volcanoes, which are no longer active. The highest of these is the kibo. This reaches a height of 5895 meters. Its summit is called Uhuru Peak.

One often hears that Kilimanjaro is the highest mountain in Africa. That is not entirely wrong, but it is also not entirely right. The Kilimanjaro you discover on the map in northeastern Tanzania. It’s not far to the Kenyan border. By the way, more than a hundred years ago this mountain was considered the highest mountain in the German Empire. Why? Germany is a long way away from Tanzania.

But not only the highest point in Africa is in Tanzania, but also the deepest, because that is the bottom of Lake Tanganyika at 1470 meters below sea level. By the way, the lake is also the second deepest on earth.

There are several islands off the coast of Tanzania. The largest are Unguja and Pemba. The archipelago is better known as Zanzibar. Unguja itself used to be called Zanzibar.

Tanzania is bordered by three large lakes: Lake Victoria in the north, Lake Tanganyika in the west and Lake Malawi in the southwest. Inland there are other lakes such as the Rukwasee or the Eyasisee. If you were to add up the water area of ​​all the lakes in Tanzania, you would get a fairly large area, the largest water area in all of Africa.

In addition to these lakes, many rivers run through the country.

Tanzania also became famous through the Serengeti. That means “infinite land”. The Serengeti is a huge savannah in the north of the country. A national park protects the animals living here.

While the climate on the coast of Tanzania is tropical, the mountains have a temperate climate. It is usually humid and quite hot on the coast. Temperatures average between 25 and 30 degrees and the humidity is very high. It then feels like in a steam room, where you sweat pretty quickly.

Rainy seasons also shape the climate in Tanzania, although these can be very different depending on the region. In some areas there are even two rainy seasons. In the interior, in the south and south-west, however, only one. This then lasts from November / December to April. It usually remains very dry in the country’s capital.