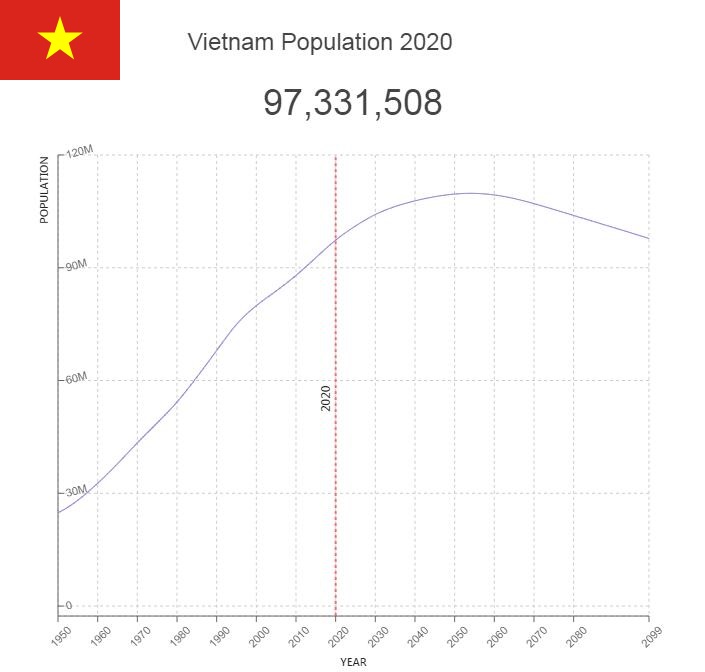 Vietnam’s nature is characterized by hills and mountains. The country has experienced tremendous economic growth and the proportion of poor people has dropped significantly. Although Vietnam is a one-party communist state with little room for freedom of expression, many tourists choose to go there. 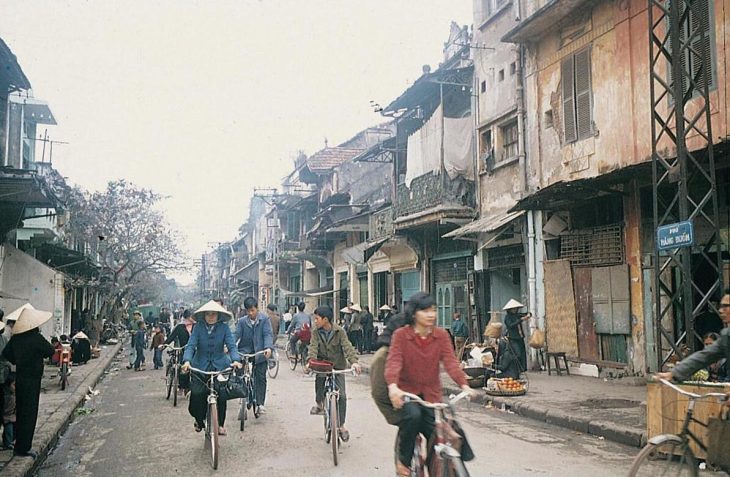 Population of Vietnam by Year (Historical)

Major Cities in Vietnam by Population

The majority of the population (85.7 percent) are ethnic Vietnamese. The long period under Chinese rule (200 BCE. -938 CE.) Has contributed to the many features of Chinese culture is found in Vietnamese culture, such as language and religion. This sets the Vietnamese apart from other peoples in Southeast Asia. However, a distinct and distinctly Vietnamese cultural heritage has contributed to a strong desire for independence and freedom that has characterized the people throughout its history.

Minority groups comprise about 20 percent of the population and include Chinese (called hoa: over 1.5 million), Khmer or cham people (about 600,000), or they belong to one of over 50 ethnic-linguistic groups (by the authorities called ‘ national minorities’, often also called ‘montagnards’) living in the mountain regions or on the highland plateaus. The largest of these groups are tay (tho), tai (thai), hmong(meo or miao), muong (mole) and nung. The Chinese are particularly active in business in and around Ho Chi Minh City. Today, mixed marriage between Chinese and Vietnamese is common. Many of those who fled the country in small boats after 1978 (the so-called boat people) were Chinese. The refugees, who have settled abroad, are now making an important contribution to the Vietnamese economy by sending money home.

The official language is Vietnamese, which belongs to the Mon-Khmer languages. It is the mother tongue of about 90 percent of the population and is written with the Latin alphabet. Other mon-Khmer languages ​​in Vietnam are muong, khmer and bahnar. Other language minorities are Chinese, Taiwanese, Miao-Yao, and Austronesian languages.