Vietnam, State of Southeast Asia; 331 100 km2, 95.5 million residents (2019).Vietnam is located on the west coast of the South China Sea and borders north to China and west to Laos and Cambodia. Vietnam also includes Phu Quôc Island off the coast of Cambodia as well as Côn Dao Islands and some other small islands off the east coast. Furthermore, Vietnam is one of the states that claim the Paracel Islands and the Sprat Islands further out into the South China Sea. Vietnam consists of 63 provinces which are grouped into seven regions. North Vietnam and South Vietnam were united in 1976 to the Socialist Republic of Vietnam. Then the country’s largest city, Saigon, also changed its name to Hô Chi Minh City. The capital is Hanoi (3.4 million residents, 2017). 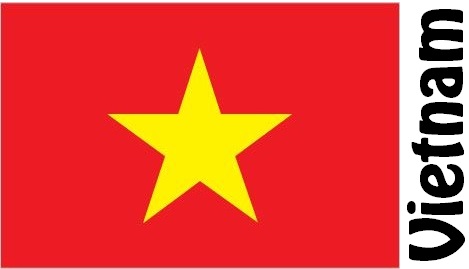 Throughout most of Vietnam, the Annamitic Mountains extend in the northwest-southeast direction, which occupies about two-thirds of the country’s area. Large plains in the north and south are the core areas of the country. The plains are important cultivation areas for mainly rice and sugar cane and are often affected by floods. Vietnam has a tropical monsoon climate. The south-west monsoon during May-October brings heavy rains.

The state’s highest body is Parliament, whose members are elected by universal suffrage for five years. Parliament elects the country’s president for his own term of office and also appoints, on the proposal of the president, vice president, prime minister and chairman of the Supreme Court of Justice.

Vietnam’s economic growth has been one of the fastest in the world since the early 1990s. The driving forces have been high export growth, but also a rapidly growing domestic market. Large parts of the former state-owned industry have now been privatized. Agriculture has shown stable growth; rice is the most important export crop. The industry has experienced high growth, but production is relatively capital intensive. Tourism has also become increasingly important. 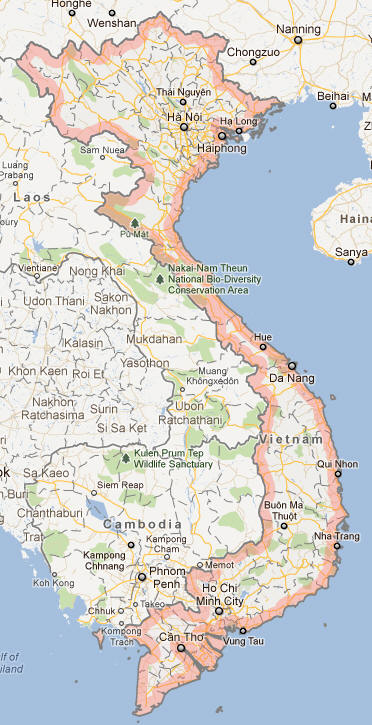