The Socialist Republic of Viet Nam is a country in Indochina, with an extensive coastline of 3,444 km. The highest point is Fan Si Pan (3,144 m). There are 95 million residents (2016). The capital is Hanoi. (Hà Nội). In ancient times, the territory of present-day Viet Nam was dominated by China. In the Middle Ages. Vietnamese dynasties promoted the cultural development of the region, which housed three religions: Buddhism, Taoism and Confucianism. In 1516, the Portuguese were the first Europeans to explore Vietnam. They established a trading post in Faifo (now Hoi An). The Portuguese gave the name to Cochinchina (southern part of Viet Nam). Dutch and French arrived later, but at the end of the 17th century, the Vietnamese only allowed the Portuguese in their territory. The French returned in the late 18th century and dominated the entire region in the 19th century, forming French Indochina. The current Viet Nam was composed of three states: Tonkin (north), Anam (center) and Cochinchina (south). During World War II, Indochina was occupied by the Japanese. France regained control after the war, but there was the communist independence movement from Viet Nam, led by Ho Chi Minh, resulting in the Indochina War. In 1954, an armistice divided the country into two: North Viet Nam (communist, capital Hanoi) and South Viet Nam (capital Saigon, now Ho Chi Minh). The following year, South Vietnam won independence from France. South Viet Nam was politically unstable and North Viet Nam continued its forays into the South, with support from the Soviet Union. It was the time of the “Cold War” between the USA and the Soviet Union, but very hot in some parts of the Planet. The biggest conflict was the economic system: Capitalism or Communism and it was winning. The US managed to stop them in Korea in 1953, but the Russians were determined to expand their influence across Viet Nam. The United States began sending soldiers to South Vietnam, in the early 1960s. Years later, there were about half a million American soldiers on the battlefield. In the early 1970s, the peace and love movement made the United States abandon the war. In 1975, Viet Nam was reunified under a communist regime. At the end of the 20th century, some liberal reforms began in Viet Nam, which is currently enjoying great prosperity. 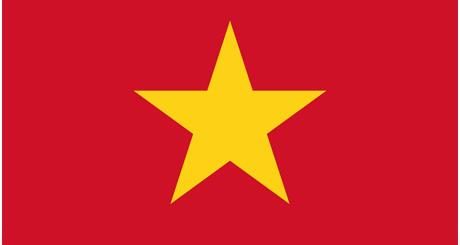 Vietnam’s nature is characterized by hills and mountains. The country has experienced tremendous economic growth and the...

As of 2019, there are 35 airports throughout the country of Vietnam according to IATA and ICAO.... 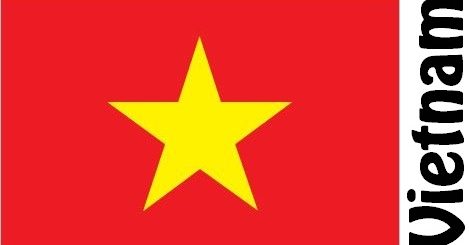 What is the Capital of Vietnam? Hanoi

Hanoi is the capital of Vietnam and the country’s cultural and political center. The city is located...

List of all Vietnam embassies and consulates in foreign countries or regions, including the city where it...

Countryaah.com provides a full list of foreign embassies and consulates located in Vietnam in alphabetical order. If...

In order to enter Vietnam, certain goods are subject to specific controls and, regardless of their value...

Buying and selling are essential for any country to develop its economy and maintain good relations with...

Based on the statistics of United Nations, Vietnam imported US$103,115 million worth of goods around the world...

According to the statistics of CIA FactBook, Vietnam exported US$119,654 million worth of goods around the world...