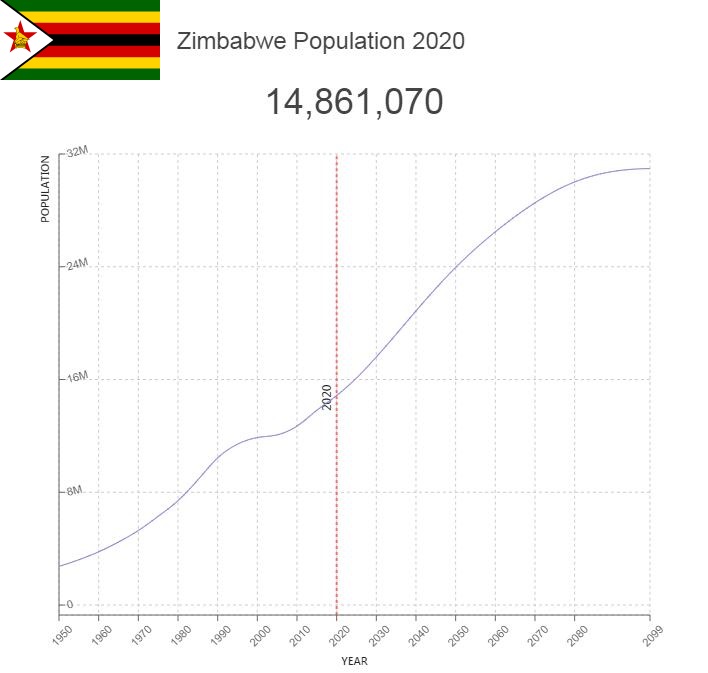 Zimbabwe was previously one of Africa’s richest countries. After many years of economic downturn, poor political governance, and failed crops, the country is now in crisis.

Zimbabwe is very hard hit by the AIDS epidemic. Around 13 percent of the population is infected with HIV/AIDS (2018) and an estimated 160,000 children (under 15) are infected. In addition, about 1.1 million children have become orphans due to the epidemic. These figures are subject to uncertainty. 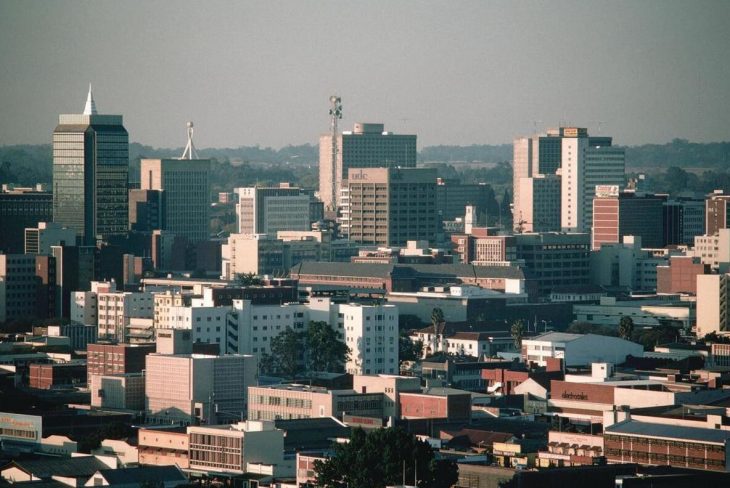 Population of Zimbabwe by Year (Historical)

Major Cities in Zimbabwe by Population

The population consists mainly of various Bantu people. Largest groups are shona and ndebele. While the Shona population is distributed throughout the country, with the exception of the large areas along the central plateau, the ndebels live mainly around the city of Bulawayo. The areas along the central plateau were reserved for European settlement during the colonial period. The Shonas are divided into a number of subgroups that partly have traditions such as their own tribes and partly established as administrative units under the colonial rule.

The majority of the population lives in rural areas. Major cities are the capital Harare, Bulawayo and Chitungwiza.

Around 70 percent of the population is Christian, most are Protestants (including Anglicans), but the Catholic Church also has a strong position. A large part of the African population are supporters of traditional, local religions. The Asian minority consists of Muslims, Baha’is and Hindus.

English is the official language. Around 75 percent of the population speaks shona, almost 15 percent ndebele, which together with dozens of other languages ​​in Zimbabwe belong to the bantu languages.