Harare is Zimbabwe ‘s capital. The city is one of the country’s 10 provinces, and geographically located in Mashonaland, in the northeastern part of the country. In 2006, the population was estimated at 1.6 million. The city has a pleasant temperate climate. The average temperature is approx. 18 o C. The relatively low average temperature is due to the city’s location – about 1490 meters above sea level.

Harare is Zimbabwe’s most important communication hub. to the port city of Beira in Mozambique and Gaborone in Botswana, via Bulawayo. The international airport receives direct flights from eg. South Africa, Zambia, Botswana, Kenya and Ethiopia. Harare is the country’s premier trade and industrial center. Due to major political and economic difficulties in the country in recent years, the city’s regional status and importance has diminished.

The city has well over 50 suburbs. Some of the most important and well-known are: Avondale and Mount Pleasant (North), Borrowdale and Chisipite (North East), Athlone and Hillside (East), Mbare and Highfild (South, South East) Kuwadazana and Marlborough (West), North West). Chitungwiza was formerly part of Harare, but is now its own city.

The city is the cultural center of the Shona people, the country’s largest ethnic group. The university was established in 1955. Harare is the seat of an Anglican and Roman Catholic bishop. The city houses a national gallery, several museums, a library, a botanical garden and more.

Harare was founded in 1890 by the so-called “Pioner Column”, ie settlers and military, organized by Cecil Rhodes. The name was originally Fort Salisbury, named after Lord Salisbury – then British Prime Minister. Salisbury gained city status in 1935, and was the capital of the British colony of Southern Rhodesia, in the short-lived federation (1953-63) between Rhodesia and Nyasaland – that is, current Zambia, Zimbabwe and Malawi- and for Rhodesia from 1965, when the country unilaterally declared itself independent of the United Kingdom, until 1979. The city changed its name to Harare on the two-year anniversary of the country’s independence. The name probably derives from Chief “Neharawe”, who in 1890 strongly opposed the British occupation. 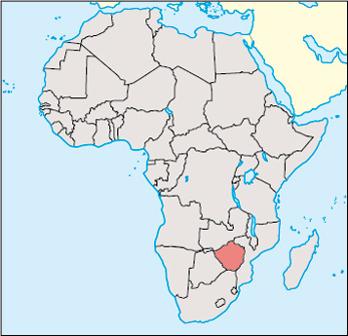