Zimbabwe is a highland and mountainous country, especially in the middle parts. A notable high ridge, Highveld, runs through the country in a northeast – southwest direction. On both sides of this high plateaus is spreading. In the north, several rivers flow towards the Zambezi River and the Caribou Dam. The altitude conditions in Zimbabwe help to make the climate subtropical and sunny instead of tropical.

According to the constitution, the president, who is both head of state and head of government, is elected in direct elections for five years. Parliament consists of a Senate and an Assembly, both elected for five years. The white minority declared the country independent from Britain in 1965, but recognized independence with majority rule became reality only in 1980.

The years following the country’s independence were characterized by very rapid economic growth. This is largely explained by the fact that the sanctions aimed at the country during the civil war were lifted and that the rapidly increasing foreign trade brought a strong stimulus to the economy. However, during the second half of the 1980s, economic development changed, and growth shifted into falling and stagnant growth rates. Since the end of the 1990s, the economic crisis has worsened, and commercial agriculture is in the near term. Zimbabwe’s political turmoil scares foreign investors, and despite some economic recovery in the 2010s, parts of the population are still dependent on food aid. 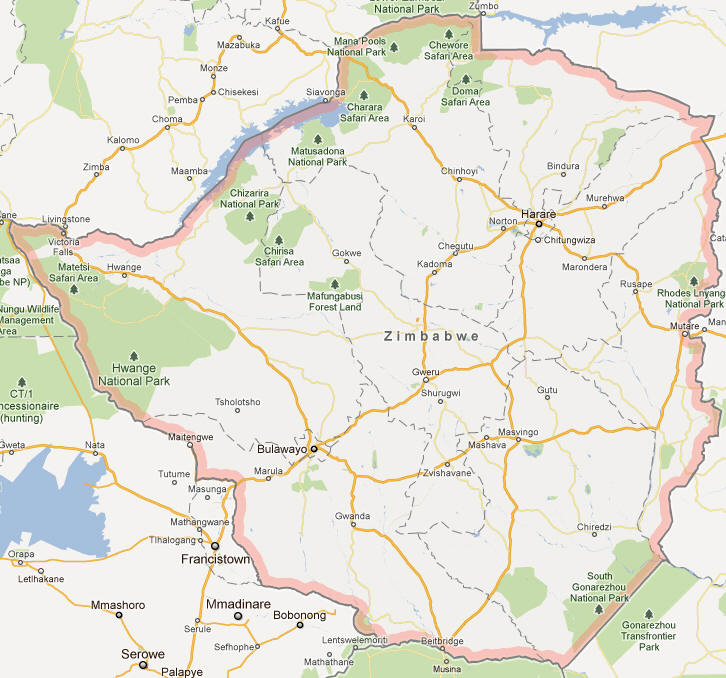