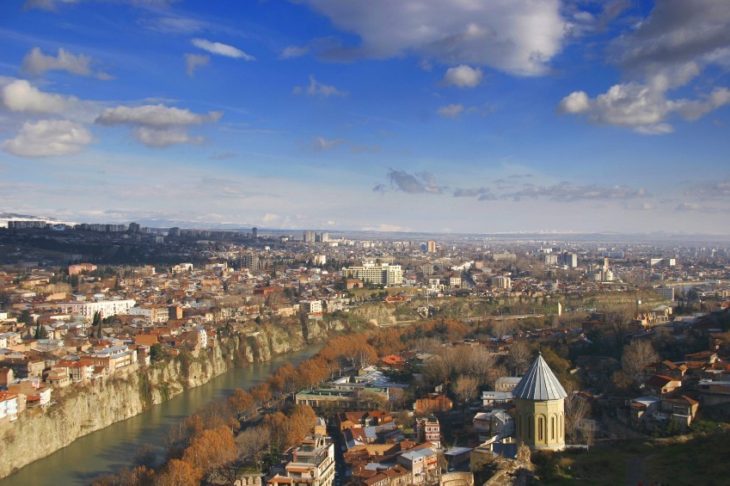 Tbilisi, capital of Georgia, by the river Kura; 1,073,300 residents (2002). Important transport and cultural center with significant industry. It is produced i.a. machinery, machine tools, locomotives, agricultural machinery, electrical equipment, textiles, leather goods, furniture and food and beverages. University founded in 1918, many colleges, conservatory, art academy, opera, botanical gardens. Subway. Seat for the patriarch of the Georgian Church. Tbilisi includes an older Asian section at the hot springs that have given the city its name (Georgian tbili, ‘hot’) and a newer Russian section with wide main streets and modern buildings. Sionic Cathedral from the 600s, medieval castle.

Settlement has been proven here as early as 3000 years BCE. The city is to be founded in the 500s as the capital of the eastern Georgian kingdom of Kartli. Due to its strategic position along the trade routes between eastern and western Transcaucasia, the city was conquered and destroyed numerous times. From 1801 under Russian control, from 1921 capital of the Soviet Republic of Georgia, and from 1991 capital of independent Georgia.