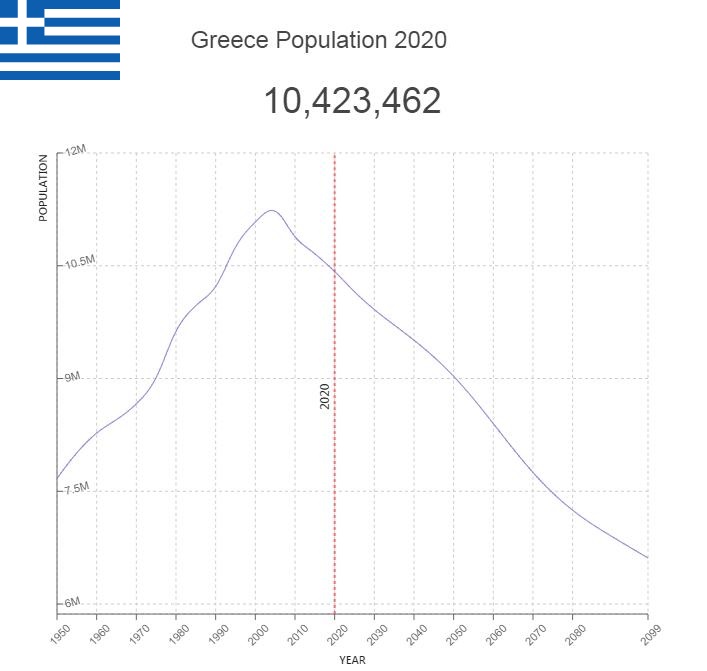 Greece has an extensive history and has had a major impact on the cultural and political development of many European countries. After years of economic and social turmoil, the country’s economy has once again begun to grow. 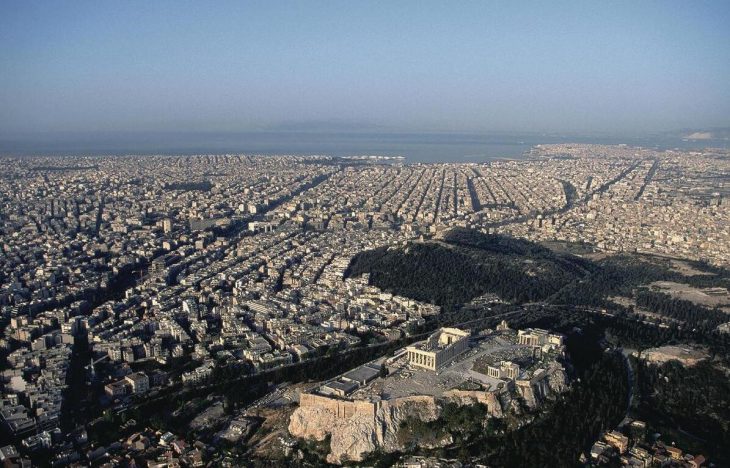 Emigration, especially post-emigration to the industrialized countries of Western Europe and to the United States, Canada, Australia and other countries, has helped to keep population growth at a relatively low level. Population development is otherwise characterized by low birth and death rates (8.8 per milliliter and 10.2 per milliliter respectively, Eurostat 2013). Life expectancy is estimated at 83 years for women and 78 years for men.

Population of Greece by Year (Historical)

Major Cities in Greece by Population

Greece’s population has always been characterized by great ethnic, religious and linguistic diversity, due to migrations, invasions and conquests. In ancient times, Greece was populated by various Greek-speaking peoples. During the history of the Byzantine Empire, Slavic people invaded the northeast, and Christian Albanians settled in the southeast. In the 16th century, many Sephardic Jews immigrated from Spain. During the Balkan wars of 1912–1913, Greece achieved enlargements in the north and northeast, where the population was very composed. In 1919, a large number of ethnic Bulgarians were exchanged with Greeks, following an agreement between the two countries. Following the Lausanne agreement with Turkey In 1923, around 400,000 Muslims from Greece were exchanged for between 1.1-1.5 million Orthodox Christians from Turkey. These exchanges, as well as strong state-inspired assimilation, have led to a homogenization of the population.

The Greek state recognizes only one minority, the Muslim minority in Thrace. Nevertheless, there are groups of people who identify themselves as Turks, Pomaks, Macedonians, Albanians, aromuner (Vlak) and rooms.

The population density is on average 86 per square kilometer. Compared to the area cultivated, the population density is high. This is particularly true of the Ionian Islands and many of the islands in the Aegean Sea, while Ipiros and the mountain regions are by far the thinnest. The mountainous regions inland have been subject to depopulation for centuries. This has been reinforced by emigration and Athens’ strong growth. In 2011, the metropolitan area (Greater Athens) had 3.73 million residents. The largest cities (after Athens) are: Thessaloniki, Piraeus and Patra.

The official language and mother tongue of the vast majority of the population is Greek. In 1976, the Greek vernacular form called dimotiki was declared official language. This has formed the starting point for standard Greek, the language used today and which is less purist than dimotiki. There are smaller groups that speak Albanian (Arvanitic), Turkish, Armenian and Romanesque.

More than 95 percent of the population confess to the Orthodox Church. The largest religious minority are Muslims (around 4 percent), especially in Thrace and the Dodecanese. Furthermore, there are Catholics, Protestants and Armenian Christians, as well as smaller groups. The Orthodox Church has been a state religion since 1864. The church is independent (autocephalous) and is led by the Archbishop of Athens. Crete and the Athos monastery are directly under the Ecumenical Patriarch of Constantinople, based in Istanbul. There are theological faculties at the universities of Athens and Thessaloniki.