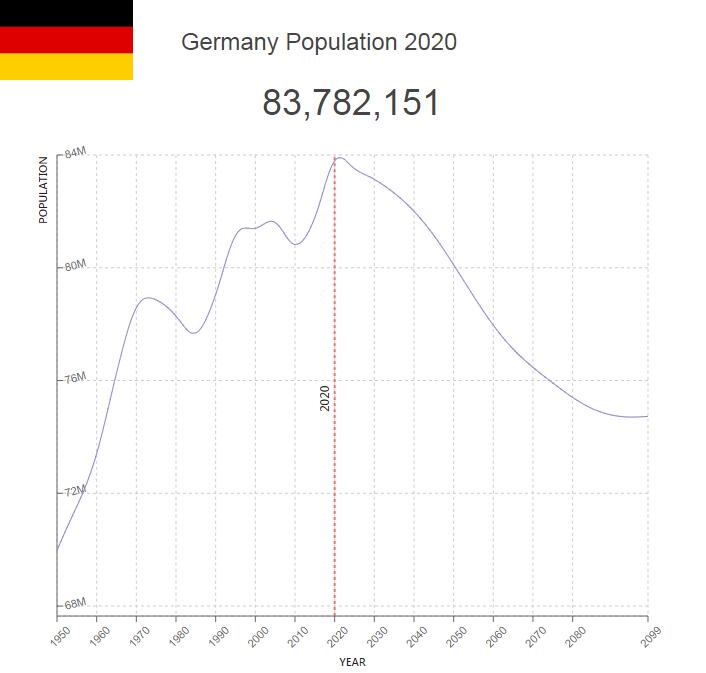 Germany has played a key role in world history. The country is the world’s fourth largest economy, and one of the EU’s leading powers.

Germany’s population is composed of several peoples. Most originate in the old Germanic tribes, the North Sea coastal friezes, the (Lower) Saxons in the north between the Elbe and the Rhine, the Franks in the Rhine area, the Alemans in the southwest and the Bavarians in the southeast. From approximately year 500 AD was landed east of a line from Kiel across the Thuringian Forest to the Bohemian Forest inhabited by Slavs people, who were later displaced eastward. Around 900, the border of the German area ran along the Elbe and Saale rivers, but land reclamation and colonization continued further east until the mid-1300s. The boundary between German and Slavic settlement then remained roughly unchanged until the Second World War. After the defeat in 1945, the areas east of the rivers Oder and Neisse were laid under Polish, and North-East Prussia under Soviet administration and the German population were displaced. 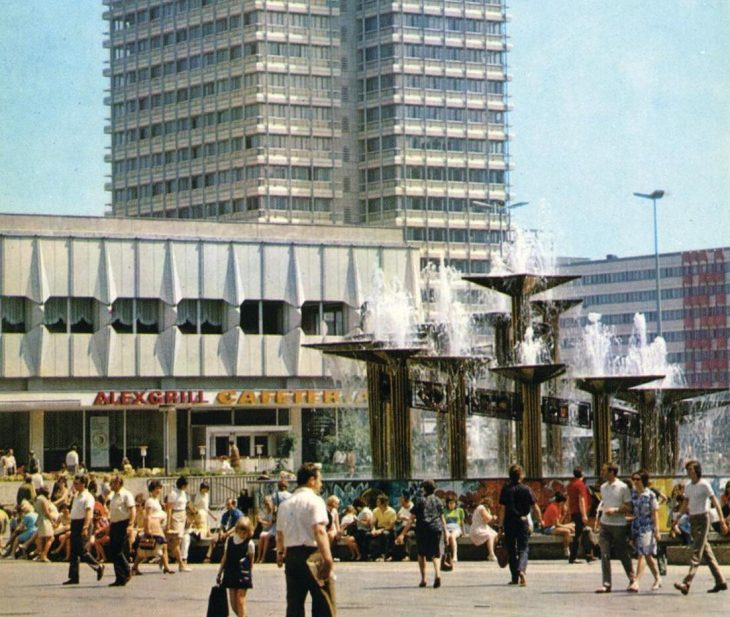 Population of Germany by Year (Historical)

Major Cities in Germany by Population

The largest minority groups in Germany today – apart from immigrants – are approximately 60,000 Sorbians living around the towns of Cottbus and Bautzen in the east and approximately 30,000 Danes in Schleswig-Holstein, especially in and around Flensburg.

Population growth after 1900 is characterized by the two world wars. After the First World War, the population slowly rose and for periods of time stagnated. After the Nazis came to power, measures were taken, among other things. to increase the birth rate, and the population increased noticeably. The land divisions in the east and the division of Germany after the Second World War had dramatic consequences. The entire German population was expelled from Poland, Czechoslovakia and Hungary and from the abandoned areas east of the Oder-Neisse line. Also, there was mass escape from most Eastern European countries. During the end of the war and in the years that followed, the German population east of Oder-Neisse and in Eastern Europe was reduced from 17 to 2.6 million. that families and friends were split and had to live on under two different systems. After the split, the population in East Germany fell, while West Germany experienced strong growth.

Throughout the 1960s, West Germany experienced an ever-increasing labor deficit, mainly as a result of strong economic growth, increased educational propensity and lower retirement age. The solution became “import” of labor, so-called Gastarbeider. Most came from the Mediterranean countries, with Turkey, Yugoslavia, Italy and Greece as the main country. In addition, since the 1980s, a large number of refugees and asylum seekers from more distant countries, such as Iran and Afghanistan, have arrived.. The wars in Yugoslavia in the early 1990s also led to a mass escape from there which primarily went to Germany. The number of asylum seekers reached a peak in 1992 with over 438,000 applications. The requirements were tightened by a new law in 1993, and the number of new applicants has then steadily dropped to 62,000 in 2004.

The political upheavals in Eastern Europe and the former Soviet Union around 1990 also led to a flood of refugees to Germany, which peaked in the late autumn of 1989 with the fall of the Berlin Wall. In 1989, a total of 842,000 refugees arrived in West Germany, of which 721,000 were of German descent. In the period 1987-94 almost 2 million German “Aussiedler” came from the east. Germany is thus the country in Europe that has welcomed the most immigrants of different categories. In 2006, the country had a total population of approximately 82.4 million of these were approximately 7.5 million foreigners, the largest groups from Turkey (1.75 million), the former Yugoslavia, Italy, Greece, the former Soviet Union and Poland. Ethnically, the population is distributed on an estimated 68 million of German descent and over 14 million with other origins.

In 2011, Germany had a population density of 229 residents per km2, but large geographical differences with the largest population concentration in the Rhein- Ruhr area with a closely related urban area from Bonn and Cologne in the south to Dortmund and Hamm in the northeast. Similar urban regions are the Rhein-Main area with Frankfurt, Mainz and Wiesbaden, the Rhein-Neckar area with Mannheim and Ludwigshafen, and the industrial area around Stuttgart. Also the areas around the major Saxon cities of Halle, Leipzig and Chemnitz and around other major cities such as Bremen and Hamburg, Hanover, Dresden, Munich and Nuremberg are very densely populated. Berlin, which had a total population of 3–3.5 million during the entire partition period, has long since resumed its capital functions, but the population has nevertheless not increased significantly (3.5 million in 2012).

Relatively thinly populated are many border areas such as Emsland, Eifel, Hunsrück, Bayerischer Wald and Oberpfalz, but also larger inland areas with relatively poor soil such as Lüneburger Heide and large parts of Brandenburg. The large mountain and forest areas (including the Alps and the Black Forest) are mostly sparsely populated. Also, many areas on both sides of the former border between East and West Germany were heavily depopulated during the partition period. The rural population is in many places gathered in large centers where different services are easily accessible. This is especially true in the eastern states, where such development was promoted through the agricultural policy of the GDR.