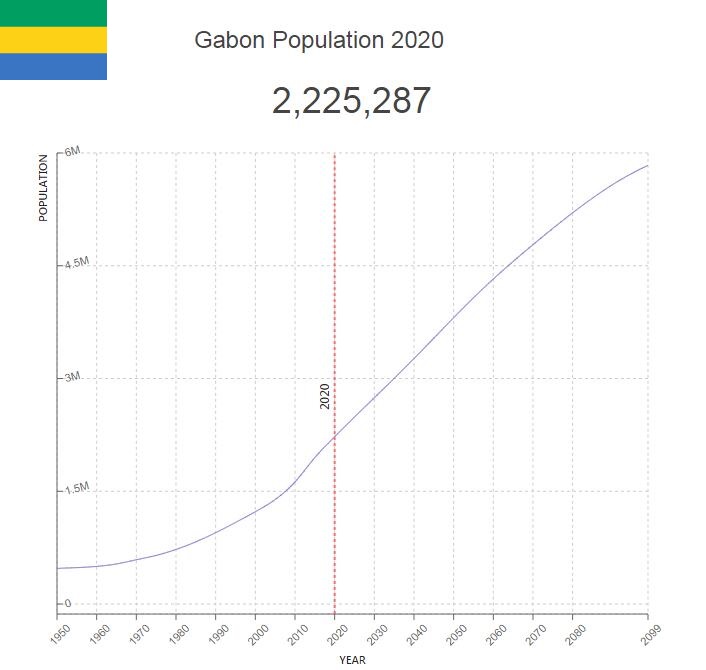 Gabon has a rich diversity of nature with large protected national parks. The extraction and export of oil along the coast has made the country one of the richest in Africa. However, wealth is unevenly distributed and a large part of the population is still living in poverty.

Gabon has high incomes and high average GDP per capita but welfare is unevenly distributed and in 2005 5.8% of the population lived on less than $ 2 per day. At the same time, Gabon has a better developed welfare system than most African countries, with age, disability and occupational injury benefits and benefits for families with children. Medical coverage is higher than in most other countries in the area, yet infant mortality is relatively high, estimated at 39.1 per 1,000 live-born children in 2013 (World Bank).

The population is divided into approximately 40 ethnic groups. The largest group is captives living north of the Ogooué River in the country’s northern and northwest; in the southern and central parts of the country live other Bantu-speaking people, including eshira, okandé, adouma and bakota. In the forests, a few thousand babinga (pygmies) also live as nomadic hunters and sankers.

Gabon is one of Africa’s thinnest populated countries with approximately 6.5 residents per km2. The highest population density is found along the coast and along the major rivers. The country’s largest cities are the capital Libreville and the port city of Port-Gentil. 86.7% of the country’s population lives in the city.

Population of Gabon by Year (Historical)

Major Cities in Gabon by Population

About 87% of the population is Christian (2002); About 55% are Catholics, approximately 18% are Protestants, and approximately 14% belong to native churches. There are also Muslims, as well as supporters of traditional, local religions.

The official language is French. The languages ​​in Gabon form a broken image, with approximately 40 different ethnic groups each speak their own language, including a number of bantu languages, including fangs.