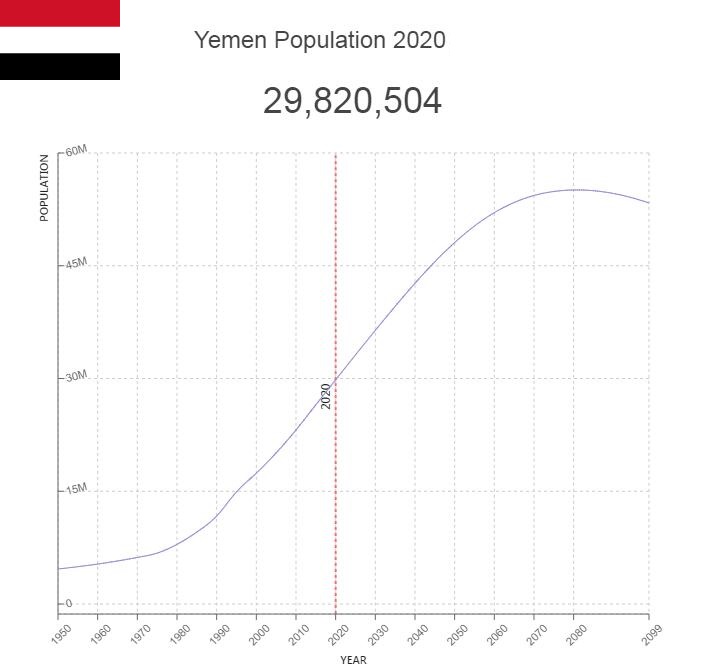 Yemen was united into one country in 1990. The country is the poorest in the Middle East, and has been characterized by war and conflict for many years. This has created a humanitarian crisis for the people of the country.

The population of Yemen in 2020 was estimated at about 30 million. The figure is uncertain due to insufficient statistics, and further influenced by the 2015 Yemen war. The majority of the population is Arabic and Muslim, and Arabic is the official language. In Sokotra, their own local language is spoken, which is a variant of Hindi (Sabaic). 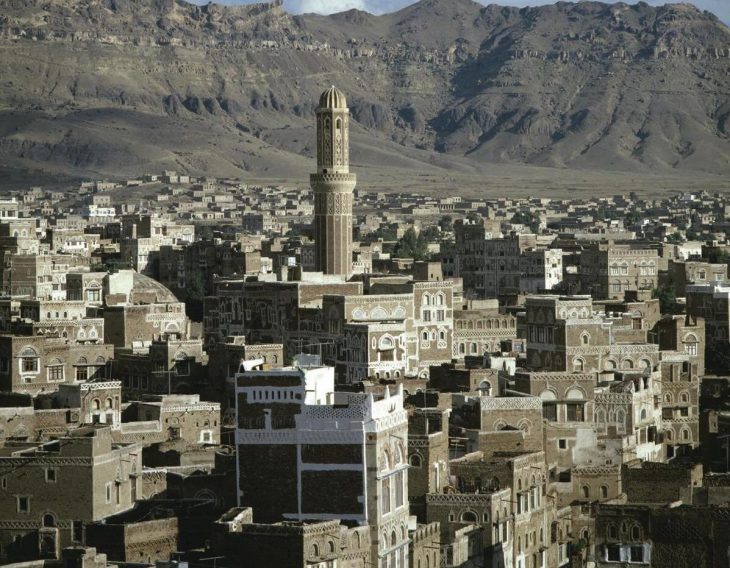 Population of Yemen by Year (Historical)

Major Cities in Yemen by Population

Yemen has an annual population growth of about 2.4 percent. The average life expectancy for the entire population in 2019 was 66.9 years – 69.3 years for women and 64.7 years for men. Just over 60 percent of the population is under 25, around 40 percent are under 15.

Practically the entire population is Arabs. An ancient Yemenite minority is the mahra, which is located in parts of eastern Yemen as well as in Socotra. Minority groups mainly consist of Afro-Asians (originating in Ethiopia/Eritrea and Somalia) and South Asians (among others from India and Indonesia). A separate social group is akhdam, which is closest to a low ranking caste to count.

The Arab population is divided into different groups, basically northern and southern gruos, with different origins. The northern group traces its origins to early immigration from Mesopotamia, the southern to the original southern Arab population.

The former significant Jewish population emigrated to Israel after this state was created in 1948.

Yemen has remained an essentially rural community, although the migration to cities has increased. But no more than one-third of the population lives in urban areas. The densest settlement is in and around the two largest cities, Sana and Aden.

The vast majority of the population resides in the Asir mountain area, in the western part of the country, and then in coastal areas.