Conakry, the capital of Guinea, on the coast of West Africa; about. 1 Million residents (1996). The town lies partly on a small island (Tombo) which is connected to the mainland by a bridge and partly on the Kaloum peninsula. Important port city and end point of the Kankan railway in the interior of the country. International Airport 15 km northeast of the city center. The industry includes the production of food, textiles, clothing, shoes and vehicles. Exports of bananas and palm kernels, iron ore and alumina. University (1987), several colleges, museums, national library etc. Beautiful and well-regulated city, botanical garden. The National Assembly, the stadium, the mosque and the Roman Catholic cathedral are among the more interesting buildings.

The city was founded in 1884 by the French, and from 1893 became the capital of French Guinea, from 1958 in independent Guinea. 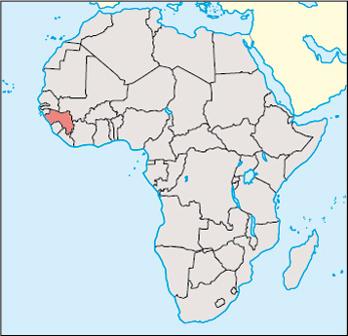