As of 2019, there are 24 airports throughout the country of Greenland according to IATA and ICAO. Through the table below, you can find name of each airport, its abbreviation, city location, and size. Airports in Greenland are listed in alphabetical order. Please note that some airports serve internationally, while the other only serve domestically. 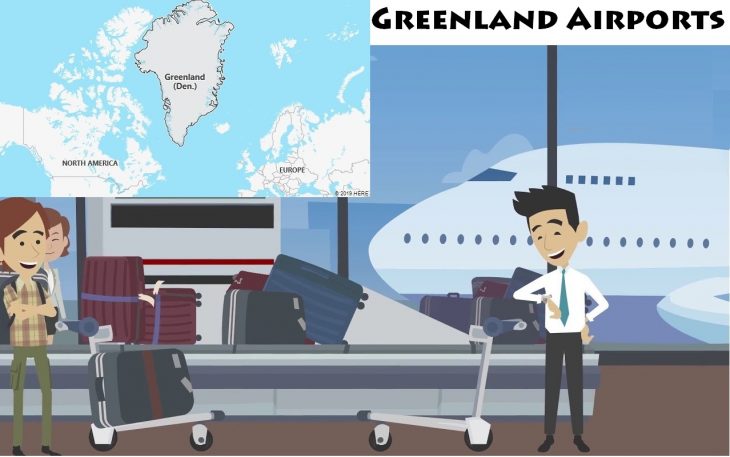 Greenland (Kalaallit Nunaat), the largest American island, is an overseas territory of Denmark, with an area of ​​2,166,086 km², most of which is covered by perennial ice. There are 58 thousand residents (2017), the vast majority are distributed along the south coast. The capital is Nuuk (Godthäb). In 986, Eric the Ruivo organized an expedition in Iceland, which founded two colonies in Greenland, which he called “green land”. In the 18th century, Danish colonization began. In 1953, Greenland became an integral part of the Kingdom of Denmark and gained self-government in 1979.