Where is Bhutan located on the map? Bhutan is an independent nation located in Southern Asia. Check out the following images to see location of Bhutan on maps. 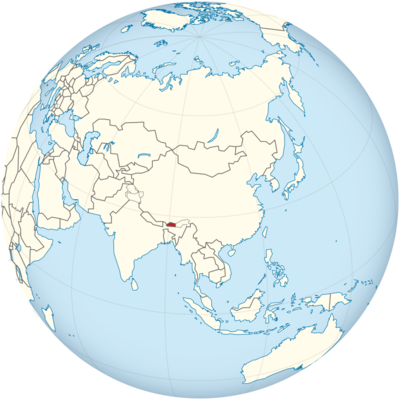 Bhutan is a landlocked country in South Asia. On its northern border lies China, namely the autonomous region of Tibet. In the south lies India with the states of Arunachai Pradesh, Assam, Bengal and Sikkim. Between these two large states lies the small state of Bhutan, which is about the size of Switzerland. Bhutan is located on the southern foothills of the Himalayas.

Here you can see a map of Bhutan and the neighboring countries.

In the south of the country the climate is subtropical. It rains a lot here. Especially at the time of the monsoons there is heavy rainfall, which can also lead to flooding.

In the central part of the country, the climate is not so extreme, one speaks of a moderate climate. In the valleys it is cool in winter and hot in summer. In the high mountains, the winters are very cold and even in summer it remains largely cool.