Most of Sri Lanka is lowland, only in the central parts are highlands. The coast has long beach tracks with lagoons, sand dunes and damp sinks inside. To the east are wavy plains with isolated mountains. Sri Lanka has many but relatively short rivers, often with series of waterfalls. The climate is humid tropical.

Sri Lanka’s president, elected for a maximum of two six-year terms, holds a strong position. The elected parliament, which stands for legislative power, is elected for six years. The country became independent in 1948.

Sri Lanka’s economy is mainly agricultural-based, but the light industry and the service sector are also important. The dominant industry in the service sector is tourism, which despite the political turmoil is significant. In the industrial production, the textile industry dominates, but in recent years the IT industry has made great progress. The country’s export revenue does not cover import costs, and the country depends on foreign aid and loans. 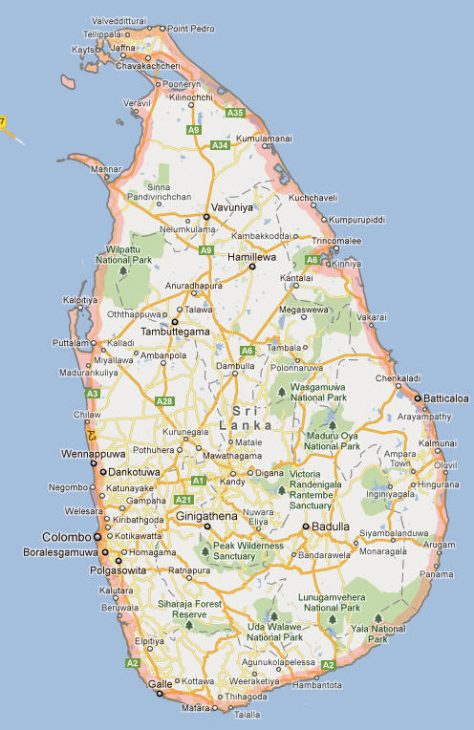